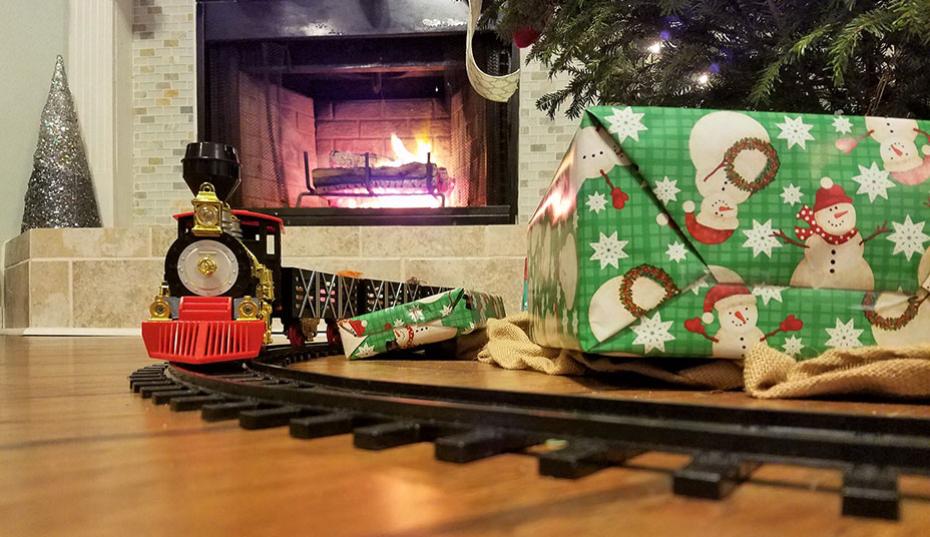 All of us will remember the feeling of pure adrenaline as you frantically pulled your presents from under the Christmas tree at the crack of dawn on Christmas day to see what Father Christmas had brought you.  But how many of you can actually remember which presents ensured that you did everything that you physically could to ensure you were on ‘the nice list’, and received the present of your dreams.  Below is a handy guide to help you to trace your Christmas presents through history.  Hopefully, finding out your prized ‘Easy Bake Oven’ was introduced 50 years ago, won’t make you feel too old.  For added bonus points, try and spot the myriad of toys that have made a cameo in any of the three Toy Story movies.

99 Years ago, Crayola crayons were recognised as one of the first ever Christmas toys, and as you all know, are still going strong today.  In my opinion, Crayola are individually responsible for introducing the majority of children to the word ‘cerulean’.  This was closely followed by the original toy car, a die-cast version of the Model T Ford; this car spawned the famous words of Henry Ford, who said “People can have the Model T in any colour, so long as it's black”.  The eponymous teddy bear shortly followed, which I’m sure is one of everybody’s favourite childhood toys.

Budding chemists were catered for in 1923, with the launch of the Chemistry set.  In addition, Mickey Mouse also made his debut, which I’m certain, has been one of the most reincarnated Christmas toys of all time.  Surprisingly, 10% of the toys of this era were learning toys, including the microscope.

The toy that has been dubbed ‘the latest craze’ more times than I have had hot dinners, the Yo-Yo, was first introduced in 1929.  The khaki plastic Army Men were first introduced in the 1930s, as well as the Buck Rogers Rocket Pistol, the View Master, and the Board Game that has been the cause of thousands of family feuds, Monopoly.  The 1940s represented something of a ‘golden-era’ for Christmas Toys, seeing toys such as Bubble Solution, the Slinky, Scrabble, and everyone’s favourite ambiguous answer toy, The Magic 8-Ball.  Mr Potato Head practically dominated the 50s, with Yahtzee, Silly Putty and Pez Dispensers also making an appearance.  The Barbie Doll, the figurehead for all fashion dolls, made her debut in 1959, and has been reincarnated numerous times, to reflect the relevant fashions of the particular time.  However, she had to wait a few years before she could meet any potential suitors, as The Ken Doll, Action Man and G.I. Joes didn’t make an appearance until the early 60s.

In a stark contrast to today, a lot of the toys that were popular in the 60s were outdoor based toys, such as Hula-Hoops, Skateboards and the Pogo Stick.  The 60s spawned a multitude of popular Christmas toys, including Etch A Sketch, Lego, Radio Controlled Cars, Operation, Lite Brite, Electric Trains, and Hot Wheels.

The marmalade-sandwich eating Peruvian, Paddington Bear, made his debut in the 70s, as well as Magna Doodle and Stretch Armstrong.  One of the first computer games, Pong, also made an appearance.  This laid the path for the myriad of computer games that we now see on the shelves every Christmas.  Continuing the electronic theme, Mattel’s Classic Football and the Speak and Spell were also introduced during this decade.  Interestingly, 32% of Christmas toys in this era were specifically marketed in order to appeal to boys.  However, only 23% were marketed specifically to girls.  From the late 70s onwards, there were a whole host of licensed toys beginning to appear on the Christmas lists of most children, such as Star Trek, Star Wars, Masters of the Universe, Transformers, Teenage Mutant Ninja Turtles, Thunderbirds, Buzz Lightyear, and the Power Rangers.

The 90s and 00s saw a wide range of new and exciting Christmas toys introduced, such as the Nintendo Game Boy, Beanie Babies, Tamagotchi, Furby, Bratz Dolls, Elmo, and Zhu Zhu Pets.  Fast forward to today, and we will have to wait and see what Santa puts under the Christmas tree this year.