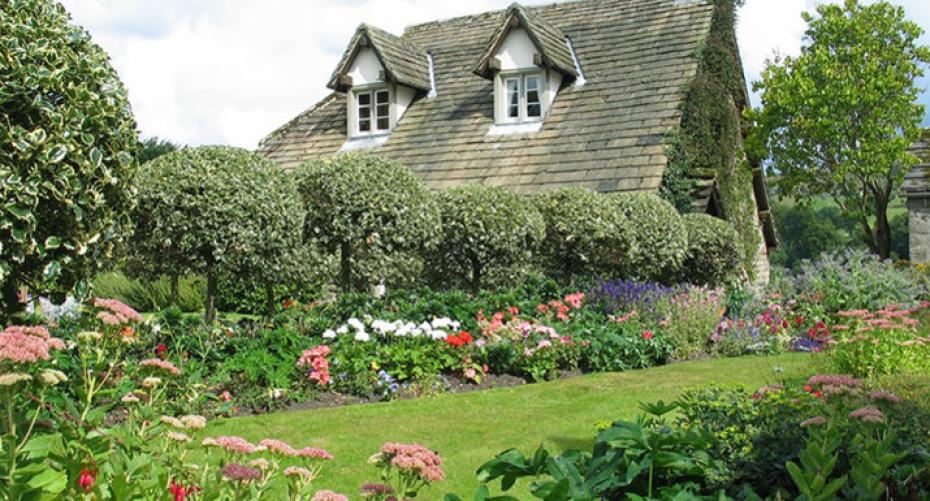 How To Prepare Your Herbaceous Plants For The Winter

Autumn is the time to think about tidying up the herbaceous border or planting up new borders ready for the following year. Most herbaceous plants die back down to ground level in the winter, but there are a few which are evergreen and will provide winter interest. These, such as Brunnera ‘Jack Frost’ and sedums just need any dead vegetation pulling out. Click here to read the blog which will give you hints and tips for creating a new border.

If you like a tidy garden then cut all the vegetation off back to ground level with a sharp pair of secateurs, hoe out any weeds and break up the soil surface. Then you are ready in the spring to just add some blood, fish and bone and a mulch. If any of the vegetation is infected with fungal disorders such as mildew or rust then this vegetation should be burned not put on the compost heap.

Cutting herbaceous perennials back can be left until spring. This serves several purposes, one is that the vegetation protects the crown over winter. Some plants produce really lovely seed heads which provide food for the birds over winter; they also look lovely and sculptural with a dusting of frost. Some ornamental heads, like Eryngium (Sea Holly) and Oriental poppies, can also make great cheap Christmas decorations, just spray them with a metallic paint. If you want to compromise between the two methods then leave the heads and cut off the foliage.

Any borderline hardy perennials, such as penstemons, need leaving over the winter to protect the crown. Tender perennials like Verbena bonariensis can be cut to the ground then the crown protected by an old hanging basket filled with straw or sheep wool and inverted over the crown then pegged down with pieces of wire.

If you leave the plants over winter cut back in spring when the new shoots have just started to emerge, taking care not to cut off the new growth. Break up the soil, feed with blood, fish and bone then apply a mulch, and that’s the herbaceous border taken care of for the year. If you have heavy soil prone to waterlogging then cut the foliage back when the soil has dried out a little otherwise it will become compacted which makes it hard for roots to penetrate and will impair drainage.

If you are planting a new border then autumn is an ideal time as the soil is still warm from summer and the roots will have a few weeks in which to establish and get a head start on the following season. This is also a great time to split any plants which have become overgrown and congested. They usually start to die out in the centre of the plant with all the new growth around the edges. Dig up the plant with plenty of roots and separate by putting two forks into the centre back to back and easing the two halves apart. You may be able to do this several times until you have quite a few new plants. Discard the central portion and re-plant the smaller sections. If the plant has thick fleshy roots, for example hostas, you can cut through them with a sharp garden spade or knife.