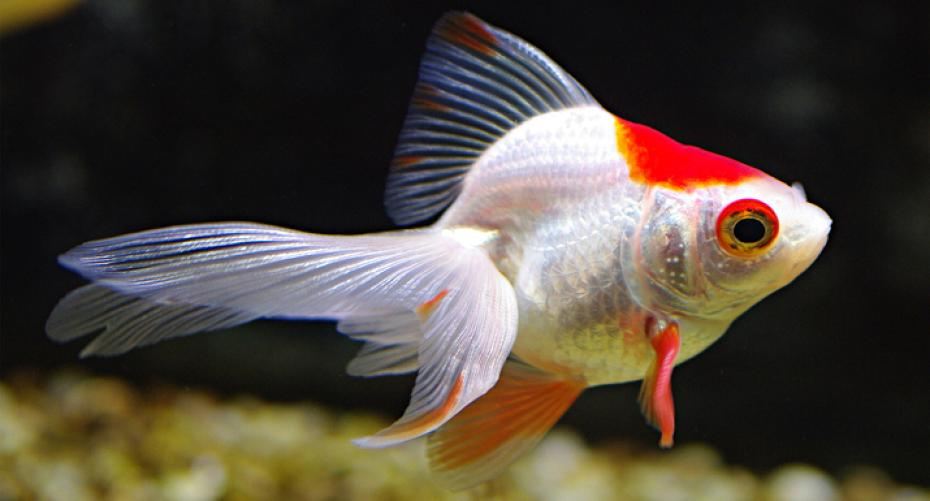 How To Look After Fancy Cold Water Goldfish

If you want to keep coldwater fish but thought that goldfish were boring & all looked the same you would be wrong! Goldfish are all domestic mutations from a wild carp in China, which is not even gold coloured. The fish have been selectively bred since the first gold form was recorded over 1500 years ago.

There are now over 100 recognised varieties of goldfish but there are only about twenty that you will commonly see for sale in this country. They can live between 5 & 40 years, preferring to live in temperatures between 65 & 78˚F, the lower end being more critical for the fancier varieties. They are basically split into two groups according to body shape, the first having a slim streamlined body making them strong swimmers which compete well for food & the second having a round-shaped body, often with long fins or no dorsal fin, making them poorer swimmers who don’t compete well for food. These slower swimmers are better kept with similar varieties rather than the faster types because they cannot compete effectively.

The common Goldfish, Comets, Shubunkins, Fantails & Jikins are streamlined fish are that are easy to care for; they come in a range of colours, the comet most closely resembling the goldfish. Shubunkins are sometimes called calico goldfish because of their mix of metallic & transparent scales giving a pearly appearance in patchy shades of whites, blacks, blues & reds. Fantails have an elongated dorsal fin & tail fins and come in a range of colours from orange to red & also calico. Jikins are sometimes called butterfly-tail goldfish, they have normal sized fins & an ‘x’ shaped tail fin that butterflies out behind it.

The rounder bodied goldfish include varieties which have modified fins or tails, some varieties have raspberry like growths on their heads& others have modified eyes. Many of these need a little extra care because they are not as hardy as some of the other varieties. The Veiltails have long delicate flowing tails & tall dorsal fins; they prefer temperatures of over 60˚F & need to be kept in a tank where their delicate fins will not be damaged by sharp tank decorations or fish mates that nibble fins. Ranchu’s, Lionheads & Lionchu’s lack a dorsal fin so are not strong swimmers & require similar conditions to the Veiltails. Apart from the lack of dorsal fin they resemble the Oranda which has a raspberry like growth on its head which starts growing when it is about two years old. They come in a wide range of colours including black & need a bit more care & attention, preferring temperatures above 65˚F.

There are a number of varieties with modified eyes & as you would suspect when you see them, they have poor eyesight so need to be kept with similar varieties. The Black Moor is a popular variety because of its velvety appearance & has protruding eyes similar but smaller than the Telescope-Eye goldfish. The Celestial goldfish is the result of a mutation from the Telescope-Eye goldfish & has upturned eyes. It lacks a dorsal fin & has eyes that start to protrude & face upwards as it grows. The Bubble-Eye goldfish resembles the Celestial with its upturned eyes & lack of dorsal fin but it has fluid filled sacs under each eye which resemble huge bubbles. It starts life with normal eyes & the sacs begin to develop after about 3 months. These sacs are very delicate so care must be taken to avoid sharp decoration in the tank.

Before you think about buying your fish you need to consider what sort of tank you are going to have & where you are going to site it. Apart from the tank you will also need filtration & aeration equipment, lighting to show off your fish & tank decoration including substrate, rocks or bogwood & plants (artificial or real). The tank will be extremely heavy when it is full of water so it needs to be sited on a perfectly flat surface or it will crack. It also needs to be away from direct sunlight, which will cause temperature fluctuations & algal growth, & heat sources such as radiators. Assuming that adequate filtration & aeration is in place in the tank, fish stocking levels rely on the surface area of the water which determines how muchoxygen can dissolve. For example for each 60 sq. cm (24 sq. inches) you can stock 2.5cm (1inch) of fish taking into account that the fish you buy will grow. The ideal goldfish aquarium would be at least 60 x 30 x 30 cm (24 x 12 x 12 inches) & as goldfish like to swim around a 60cm (24 inch) deep tank would be better; this would house two to three medium sized goldfish.

The larger the aquarium, the more fish you can keep & with adequate filtration, the better the environment will be for the fish. So see if you have space for a tank in your house where you can enjoy watching your fish lazily swimming around – better than the TV!