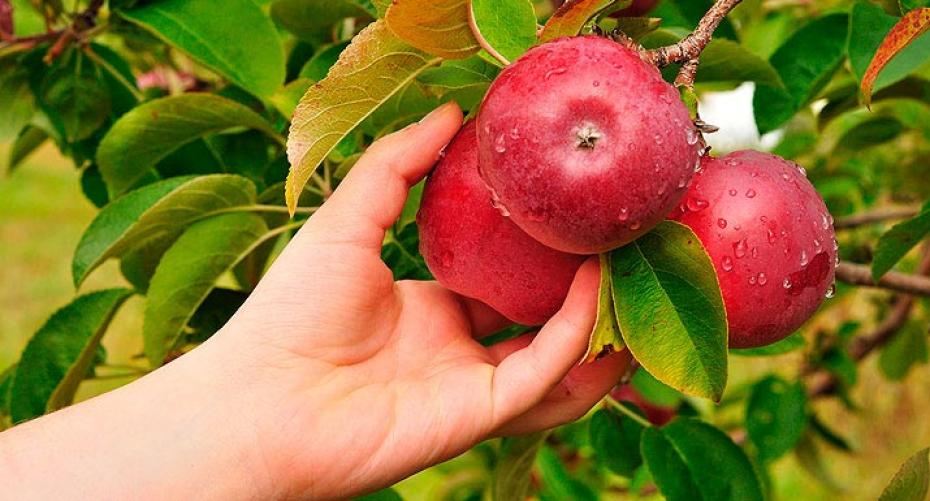 How To Grow Scrumptious Apples

Apples trees give interest in the garden from spring to autumn

Anyone can grow an apple tree no matter what the size of your garden. There are varieties suitable for an orchard or a pot on the patio. Cordon varieties make an attractive hedge round vegetable plots. Fan shaped trees are an attractive feature against a wall. Some are self-fertile; some need a partner or you can buy a tree with two or more varieties on the same plant. Their size varies from large cooking apples to tiny ornamental crab apples. They can be both functional and decorative. Some of the ornamental crab apples have a long season of interest.

Apples, Malus domsetica, are one of the oldest domesticated fruits, originating in central Asia. They belong to the rose family. There are more than 7,500 known cultivated varieties. They have a wide range of uses: cooking, both sweet and savoury; cider; Calvados; eating raw and ornamental. In 2012 worldwide production was about 63 million tons, with the main producer being the USA. Recent studies have shown that “an apple a day keeps the doctor away” has some basis in fact. Besides apples being a good source of dietary fibre the peel can help reduce obesity, glucose intolerance and fatty liver disease. There is new research into the effects on lung, colon and prostrate cancer.

Apples which you buy in the garden centre are usually grafted onto smaller growing rootstock which controls the size, making them more suitable for modern gardens. They can be grown from pips but will eventually make a large tree and may not be the same as the apple which produced the pips. In the wild they can reach a height of 9.1m (30’), but cultivated varieties can be as small as 100cm (1’4”). Grafting determines the size and produces a stronger plant which establishes faster. The fruits are the same size as a normal tree. Many of the old traditional varieties, such as Cox’s Orange Pippin and Egremont Russet, are more prone to disease and produce fewer fruits than newer cultivars. Apples can give good lasting interest in the garden. In spring they produce blossom; autumn is the time for a crop and often good foliage colour.

Some varieties are self-pollinating which means you don’t need two trees. If you buy one which needs pollinating make sure it is from the same group, which means they both flower at the same time. Varieties from an adjacent group can be used as they flower a little earlier or later and usually overlap, but occasionally they can flower at different times, meaning there will be no pollination. There are now trees with several varieties grafted onto a single tree which are ideal for a small garden as they pollinate each other. Self-pollinating varieties include: Red Falstaff, Red Devil, Red Windsor and Greensleves.

Which ones to grow

Ballerina or column trees are grown on a single stem with very short lateral stems. They are ideal for a small space and need very little pruning. They can produce 20 – 30 fruits. They are ideal for pots.
Fans are grown against a wall or fence.
Cordons are a single main stem with short laterals; either grown upright or at an angle.
Espalier trees are grown against a wall or fence and have branches which are trained to 90 degrees to the main trunk. They can be trained to two laterals and used to edge a vegetable plot or as an unusual element to a formal garden.
Untrained trees can be small or large depending upon the rootstock. They are ideal for starting an orchard.
Recommended varieties
‘John Downie’ is a good ornamental crab apple. It has pink blossom in spring and red/orange fruit in autumn. It is not for a small garden as it reaches a height of 4 – 5m (13 – 17’) and a spread of 2 – 3m (6 – 10’).
‘Golden Hornet’ is another good ornamental crab apple with masses of deep gold apples in autumn. The spring blossom starts white and turns pale pink. It is slow growing and fairly resistant to mildew and scab. It reaches a height of 5 -6m (17 – 20’) and a spread of 2 – 3m (6 – 10’).

'Gorgeous' is another good crab with pink blossom in spring and large red fruit in autumn. This is a good variety for making crab apple jelly. Usually available in a variety of grafted sizes.

‘Profusion’ is a beautiful ornamental with dark purple/pink blossom followed by dark purple/red fruits, which are loved by the birds. It has good disease resistance. It reaches the same height and spread as ‘Golden Hornet’.

‘Red Spur’and ‘Yellow Spur’ are a good eater, producing full sized fruits, for pots. As they are self-fertile you only need one. They reach a height of 75 – 100cm ( ) but only spread to about 50cm ( ).
‘Bramley Seedling’ is still one of the best cookers, storing for up to 5 months. It is self-fertile. Size depends upon the rootstock. Another good old Scottish cooker is 'Tower of Glamis' but this needs another apple as a pollinator; such as: Greensleeves, Red Devil, Red Windsor.

Use a container at least 45cm (18”) in diameter. Place a layer of crocks over the drainage hole to prevent it blocking with silt and to aid drainage. Use a good quality loam based compost with a little bonemeal added. Plant to the same depth as it is in the pot. Water in well. You may have to water twice a day in hot weather as letting it dry out could result in hard dry fruits or bud drop. Stand the pot on pot feet to ensure the water drains well away from the pot, if the compost remains wet in winter it could result in damage to the roots and break the pot when it freezes. Place container in a sunny sheltered position.

Planting in the ground

They prefer a sunny sheltered position and well drained fertile soil. They are tolerant of most soil types except thin chalk and heavy soils which are waterlogged in winter.
Remove all the grass and perennial weeds from a square metre. Dig a deep hole and break up the soil, digging in a couple of forks full of well-rotted manure. If the soil is light and sandy or stony also dig in some compost. Fork in 2oz of bone meal. Put in a stake, about 7.5cm (3”) away from where the trunk will be, making sure the top is below the bottom branches to prevent chafing.
Water the tree before taking out of the pot.
Spread out the roots, plant to the same depth as it is in the pot, making sure the grafting point is about 10cm (4”) above the soil surface.
Fill in the hole and firm the soil with your heel. Tie the tree to the stake with a rubber tree tie to prevent chafing. Water in and the apply a thick layer of mulch, about 7.5cm (3”); use  bark, compost or well-rotted farm manure. Keep it away from the trunk to prevent any fungal problems.
If using bare root plants make sure the roots don’t dry out. If you have to store them before planting put them into a trench and cover the roots with soil to keep them damp.

Water well during a drought; at least 4 gallons, every week to ten days. As the plant becomes more established and the roots spread it will need less water. Pay particular attention to the watering during July, August and September otherwise the apples will be dry and hard.

Take out any dead and diseased or overcrowded branches to maintain an open airy tree; this increases air flow and discourages pests and diseases. Prune between November and February, but not when the temperature is below freezing. Pruning a new tree is carried out over three winters: first winter cut to 2 – 3 buds from the main stem; second winter cut branches half back to an outward facing bud; third winter cut back about a third of the new growth. Once established cut back any side shoots which have fruited to about 5cm (2”). Leaving a tree unpruned will result in weak growth and a poor yield. Always use sharp secateurs as blunt ones will tear branches and leave them open to infection. Remove any suckers which appear at the base of the tree.

They can have both bacterial and fungal problems, so to try and avoid these always buy from a reputable supplier. Newer varieties have sometimes been bred to be more resistant than the older traditional varieties. Make sure the tree is pruned to avoid any congestion in the centre of the tree as you need good air circulation through the branches. Don’t use fertiliser with a high nitrogen content as this only encourages weak sappy growth, which aphids love! Feed the birds and hopefully they will eat any pests.
Mildew is characterised by light grey powdery patches. If you only have a light covering spray with a fungicide formulated for fruit and vegetables. If the covering is heavy and the fungicide doesn’t work you may have to cut out the diseased branches and burn them. If left untreated the flowers won’t develop properly and therefore affects the crop.
Aphids suck sap and in doing so reduce the vigour and growth of the tree. Use a systemic insecticide or encourage the birds. Make sure there is always some feed for the birds otherwise they may damage the buds.
Scab is a fungal disease which results in brown patches on the leaves, and fruit, which thicken to a corky texture. It grows in leaves left lying on the ground and spreads in warm weather, so make sure you always gather any fallen leaves.
Codling moths and apple maggots make holes in the fruit and overwinter to re-infect the crop next year. One solution is to place grease bands around the trunk in late winter to stop them crawling up to the crop. There are chemical sprays available to use in early summer and then again three weeks later. There is a homemade remedy which you hang in the tree in a plastic container with a hole cut into it to allow the insects to crawl into. Mix together 1 cup vinegar, 4 ¾ cups water, 1/8 teasp. Ammonia and 1/3 cup dark brown sugar.
Damage to the bark from deer can also be a problem so make sure the trunk is protected if deer are a problem in the garden.
There are other pests and fungal problems associated with apples so you need to be vigilant and deal with them at the first sign. Producing a strong plant, clearing up fallen fruit and leaves and keeping an open structure to the tree will help keep problems at bay and give you a good crop of apples.