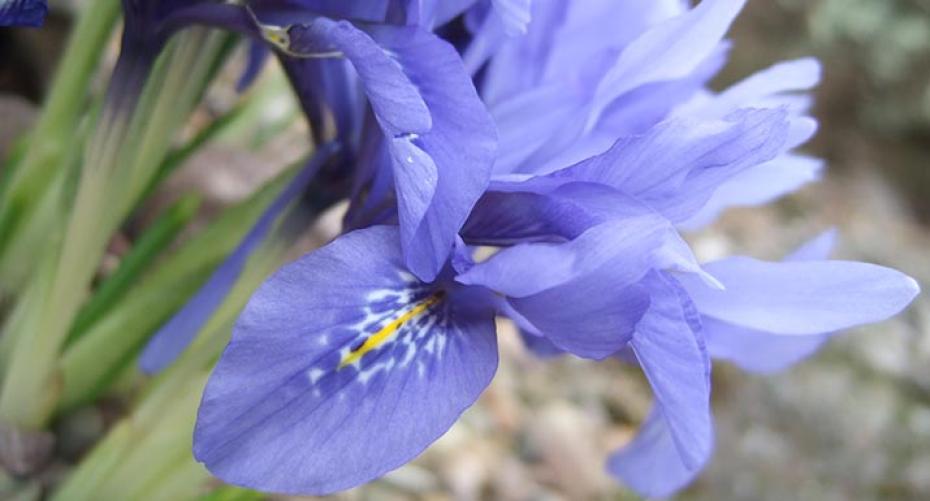 How To Grow Rockery Iris

Irises are a flamboyant and colourful addition to any garden and they are such a diverse group of plants that it is easy to provide the right growing conditions for at least one species even if it is in a container! If you fall for the charms of these bulbous plants there are such a wide range of species & cultivars available that it is possible to have irises flowering in your garden all year long; some prefer good garden soil, others stony soil and some prefer to keep their feet wet. In general irises like plenty of water in the early months of the growing season with watering later on dependant on their individual requirements, but they will perform better if fed well with a low nitrogen fertiliser.

If you want to introduce some early colour into your winter garden or tubs then look no further than irises. The earliest flowering varieties are mainly derived from Iris reticulata and Iris histrioides and come in a range of colours from pale whites, yellows and ice blues to deep blues, plums and violet purple. Their gently curving petals or ‘falls’ are also enhanced with stunning markings in contrasting colours, often highlighted by bright yellow. Iris danfordiae is also an early flowering species and its unmistakeable stunning yellow flowers will brighten up any winter display.

They originate from wild species growing in mountainous regions of Turkey, Iran & Iraq which means they are well prepared to cope with the winter snows and summer heat we experience in this country. They flower early on, in mild conditions starting in January, and only grow to approximately 15cm (6”) so they need to be planted where they will be seen such as the front of borders or sheltered tubs near the door. Ideally, a spot with some protection from heavy rain and wind is best with a fertile, well-drained soil where they won’t be disturbed. They are best planted as soon as you can buy them in the autumn, about 15cm (6”) deep and 6cm (2.5”) apart with a sandy loam mix and some slow release fertiliser.

There are a number of different irises to choose from including some with the RHS Award of Garden merit. Iris reticulata ‘George’ grows to 12cm in height when in flower and has fragrant, deep violet-purple flowers with falls marked a striking yellow. Iris reticulata ‘Pixie’ is similar with fragrant violet flowers and yellow markings on the falls. Iris reticulate ‘Katharine Hodgkin’ comes from a cross with I. danfordiae which gives it its very pale blue colouring with a yellow tint and impressive markings.

Plant these early irises in bold drifts with similar sized partners such as snowdrops, crocus, Cyclamen coum or early narcissus like N. ‘Rip Van Winkle’. They also look very effective when planted with foliage plants such as the blue grass Festuca glauca or the marbled leaves of Arum italicum.

Now is the time to make notes of any suitable spaces to plant the bulbs of these richly coloured gems this autumn, or come into the garden centre and make a choice whilst they are in flower. They won’t break the bank and will multiply to give you even more colour year after year!