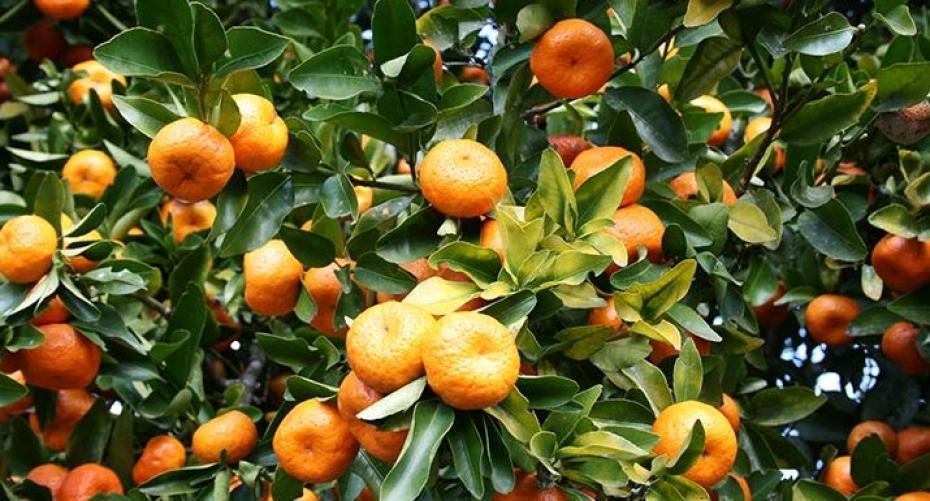 How To Grow Citrus Fruit In The Conservatory And The Garden

The evergreen Citrus is the best plant for scent, flowers and fruit

Citrus are one of the most rewarding plants to grow; they are evergreen, the flowers smell delicious and they fruit. They do however need some care and soon respond to neglect; by dropping fruit and leaves, and eventually the branches die back. Varieties of citrus were developed about 4,000 years ago in India, Southern China and Indonesia. They were first brought to Europe by Alexander the Great, in the 4th century, from his expeditions to the Orient. In the 10th century the Seville orange, Citrus aurantium, and lemon, Citrus limon, were brought in by the Arabs. The Portugese brought the sweet or Navel orange, Citrus sinensis, from the Indonesian islands in the 15th century. The mid-19th century to the early 20th century saw an explosion of varieties being developed when other species such as: mandarin, Citrus deliciosa, grapefruit, Citrus paradisi, and kumquat, Fortunella, were introduced from the Orient. They have long been a feature of Italian garden design; particularly in the Renaissance gardens of the Medici family. As a result of this they are widely grown in Italy, particularly Tuscany. In the UK they can be kept in pots; outside in the summer and moved inside in the winter. Citrus have a superficial and extensive root system so are particularly sensitive to drying out; so care must be taken to keep the compost moist. Their thin bark and evergreen leaves are prone to damage if they are subject to a long dry spell.

They need a sunny south or west aspect. Avoid an over hot room near a radiator as the dry heat will cause them to shed leaves. Stand on a tray of damp gravel to maintain humidity, but avoid a tropical rainforest level of humidity as this will only encourage fungal growths. The plant can be placed outside in summer. Bring inside again at the end of summer before the first frosts. If overwintering in an unheated greenhouse it may be necessary to wrap the pot in bubble wrap to protect both the roots and the pot. The plant can be wrapped in horticultural fleece. Don’t wrap the plant in plastic as this traps moisture which results in mould growths.

Citrus continually absorb nutrients, with the main requirement period being from the beginning of spring to autumn. It is important to use a specially formulated citrus fertiliser. They require more of the basic nutrients of: nitrogen, phosphorous and potassium than other fruiting species. Approximately 50% of the nitrogen is stored in the leaves, so leaf colour is a good indicator of nutrient requirements. The correct level of nitrogen will lead to higher fruit production, but too much will result in excessive foliage at the expense of fruit. Phosphorous is stored in the roots, moving up the plant in spring. This is important to prevent fruit yellowing and dropping off prematurely. Potassium is important for the development and quality of the fruit; increasing the sugar content, aroma and flavour. Yellowing of the leaves can be a symptom of a lack of trace elements, which will be found in a dedicated citrus fertiliser. Organic fertiliser can be used in addition to a proprietary brand, not instead of; use horse manure as mulch on top of the pot, keeping away from the trunk to prevent fungal diseases.

This is variable according to the conditions surrounding the plant, such as: temperature and humidity. It can vary from once a week in winter to twice a day in summer. Always use tepid water. The compost needs to be kept just damp; too wet and it will result in root rot. If the leaves are firm and shiny it is damp enough but if they wilt, curl or look dull it needs watering immediately, otherwise it will drop its leaves. If using tap water leave to stand in an open container for 24 hours to allow the chlorine to evaporate before using to water the plant. If the plant has become excessively dry it may require watering several times before the water penetrates the compost, as it will just run through the gap created between the pot and the compost. A small pot can be immersed in a container of water, 2/3 of the way up the pot, allow to drain thoroughly. For a large pot a drip irrigation system is ideal for keeping the compost continually moist.

This should be carried out in June when the sap is rising. Citrus compost becomes impoverished if is not replaced regularly. Young plants need re-potting every 2 – 3 years. Just increase the pot size gradually, if it goes into too large a pot it either; runs the risk of retaining too much moisture resulting in root rot or developing too many roots instead of fruit. The final pot size for an adult tree should not exceed 80cm (32”). The best pots to use are terracotta; they are more in keeping with the plant, more aesthetically pleasing and are more resistant to temperature change. Plastic can become too hot in the summer, which can damage the roots and dry out the compost too fast. They need good drainage so put a layer of crocks over the drainage hole then cover with expanded clay granules. Use a good quality loam based compost. Stand the pot on pot feet to enable the water and any silt particles draining from the pot to get clean away. Plant to the same depth as in the old pot; don’t bury the stem as this will result in it rotting. After re-potting water well and prune if necessary.

This is done either to maintain a shape, stimulate production or increase air flow through the plant. In a young plant this is usually limited to removing or shortening vigorous shoots. If the centre of the plant becomes congested then thinning out increases air circulation, which discourages pest infestation and fungal growth. Remove any branches which have dried up or lost their leaves. If the plant has a dense crown, thin to allow more light to penetrate which will result in increased photosynthesis. If the plant has lost a lot of leaves during the winter wait until new leaves appear before pruning. Sometimes plants are sold on a trellis so just trim off any wayward shoots.

Citrus fruit can take up to a year to grow and ripen after pollination. They need a minimum temperature of 14C (55F) for at least 6 months to ripen the fruit. Pick the fruit when it is ripe as this will stimulate the production of more flowers and fruit. Fruit can remain on the plant for up to a year after it is ripe but it is important to remove the fruit as it absorbs energy from the plant and restricts growth.

Neck rot, Phytophthora citrophthora, affects all citrus and is characterised by a gummy secretion on the bark, tissue turns black becomes dehydrated and cracks. Other symptoms can include a yellowing of the veins in the leaves and branches dying back. It is caused by heavy wet compost, damp environment and high temperatures. It is usually fatal so avoid damaging the trunk and wetting the trunk when immersing in water.
Common pests include: aphids, whitefly, mealybugs, red spidermite and scale insects.
Cool winter temperatures and hot in summer help control pest numbers. Aphids are attracted to soft young growth resulting from excessive nitrogen. See the blog on how to get rid of aphids. Scale insects like warm damp conditions and are also attracted to soft young growth so thin out the plant to improve air circulation and avoid excessive nitrogen. See the blog on how to get rid of scale insects. Mites can become a serious problem causing leaf and fruit drop. An early symptom can be yellow blotches on the leaves. Spray with a systemic insecticide.

Another common problem is leaf and fruit drop. This is caused by the plant becoming too dry so always keep the compost moist. Dry heat can also be the cause so mist regularly if kept in a centrally heated room, or stand on a tray of damp gravel.

Growing from pips is rewarding but unlikely to result in a good plant. They grow as a wild plant would and take years to fruit. Commercial growers graft plants but this is not recommended for amateurs.
Cuttings can be taken in summer, but roots are more delicate than grafted plants so are more susceptible to drying out and fungal attack. Cut a year old twig, about 5 – 10mm in diameter, divide into 10cm (4”) pieces, each section having 5 or 6 leaves. Remove all but the top pair of leaves and place into a mixture of equal parts loam, peat and sand. Keep damp and put into a polythene bag to avoid it drying out, or use a propagator with a slight bottom heat. Keep out of direct sunlight. It should root in 4 – 6 weeks; then pot up into 10cm (4”) pots.
Marcottage is a method of propagation that is carried out in April. Cut a ring of bark 1cm wide round a side shoot. Place a bottomless polythene bag over the cut, tying below the cut. Put some moist compost in the bag, close up around the cut and tie up to make a shape of a sweet. Make sure it is tied tightly as you need to prevent evaporation and keep the compost damp. By August roots should have formed so then you can cut the shoot from the mother plant, remove the bag and pot up in a loam, peat and sand mixture.

Which variety to grow

Lemons are good value as they can have flowers and fruit at all stages of development virtually all year round. Meyer’s lemon can be difficult to nurse through the winter so is probably not a good choice for the beginner.
Kaffir Lime, Citrus hystrix, is ideal for those who love Thai cooking.
A good ornamental beginners plant is the Calamondin orange, Citrus madurensis, which keeps flowers and fruit on the plant most of the year and is usually small enough to be grown on a windowsill.
Pure novelty is the Buddha’s Hand Citron, Citrus medica, which grows to resemble fingers. In China it symbolises wealth and happiness.
Garden centres usually stock a selection of the easier to grow varieties for the beginner, but a more extensive selection can be sourced from a specialist.