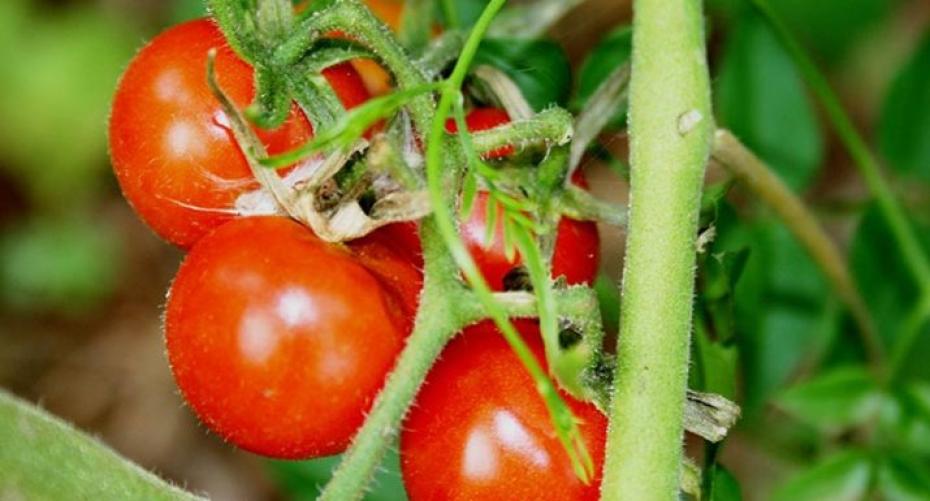 How To Diagnose What's Wrong With Your Tomatoes

Tomatoes are one of the most widely grown crops and in a good year can reward the gardener with masses of fruit. Although they are susceptible to a variety of problems, most of the time they will produce a good crop without any difficulties whatsoever, so don’t let this list of possible ailments put you off growing this fantastically versatile fruit. A lot of the problems listed here are easily prevented by practicing good hygiene and adhering to a correct watering and ventilation regime.

Blossom end rot is the bottom of the fruit going black; this is caused by a lack of calcium and/or water, watering overhead and/or lack of ventilation. Make sure you feed with a specific tomato fertiliser every week or fortnight as soon as the first tiny tomatoes appear. Watering small amounts every day is better than giving a lot of water then letting the tomatoes dry out. Water the soil not the plants and make sure you keep the vents and door open.

Brown patches on leaves can be caused by magnesium deficiency, tomato blight or Fusarium wilt. Magnesium deficiency can be remedied by feeding every week with liquid tomato fertiliser. Blight and wilt are not treatable and in both cases the plants must be pulled up and burned or disposed of in the grey bin. Blight is a rapidly spreading fungal disease which mainly affects outdoor tomatoes; it causes the leaves and stems to rot, turn brown, collapse and shrivel. It can be confused with magnesium deficiency, but this only causes the brown patches and doesn’t lead to the plant rotting and collapsing. Don’t plant tomatoes, potatoes or aubergines in this spot again for several years.

Brown patches on the stems can be caused by tomato blight or Fusarium wilt.

Dead or rotten patches on the stems can be caused by a disease called Didymella; there is no cure so pull up the plants and burn or put into the grey bin.

Distorted foliage can be caused by the fumes off lawn ‘weed and feed’ and hormone weed killers so make sure they are not stored anywhere near tomatoes.

Flowering but not fruiting can be caused by lack of pollination; there is some contention whether this is done by insects or wind, either way lack of adequate ventilation is the problem. Leave all vents and the door open when flowering to allow for good airflow. Failure to form fruit can also be caused by lack of water.

Fruit not filling and ripening can be caused by the plant not being stopped from growing soon enough so it is concentrating on growing more foliage and more trusses, which are unlikely to ripen, instead of ripening tomatoes. Stop it growing about the middle of August when you should have between 5 – 7 trusses; just nip out the growing tip.

Green patches around the stalk area (greenback) are caused by too high temperatures and insufficient feeding.

Tomatoes showing greenback and the first signs of russetting

Leaves curling and having a blue tinge is the result of too great a difference in day/night temperatures. It is a particular problem with growing tomatoes out of doors; they may still need to be covered with fleece in summer if low night time temperatures are forecast. Usually leaves return to normal when temperatures are more even.

Leaves just curling can be due to aphid damage; if possible rub them off between thumb and forefinger, if the infestation is too heavy spray with an insecticide suitable for edible crops.

Little fruit on the trusses is due to there being insufficient nutrients in the soil or not pinching out the side shoots of cordon tomatoes.

Lumps on the stem close to the soil surface are small lumps of root called root initials; they are nothing to worry about, if you had planted the tomato deeper it would have produced roots from them.

Lumps on the leaves are stores of water, called oedema, and are caused by excessive watering and humidity with the plant having more water than it can cope with. Don’t take the leaves off as they are needed for photosynthesis, just reduce watering until the soil is damp not sodden and increase ventilation.

Moulds thrive in a warm damp atmosphere so make sure there is plenty of ventilation; don't pack plants too close together as this reduces airflow and make sure there is no dead material left lying around. Fungicides are not usually of any use.

Rough skin (russetting) is caused by fluctuations in temperatures between day and night.

Split fruit is a sign of erratic watering; getting too dry then too wet.

Tomatoes become hard and dry due to there being insufficient water so make sure you water regularly.

Tomatoes being big and watery but tasteless could be caused by the particular variety; over watering or not enough nutrients in the soil.

Wilting can be caused by Verticillium wilt in which case burn the plants or dispose of in the grey bin. Check first that they are well watered and that the wilting is not due to being too dry.

Yellowing of older leaves occurs naturally in late summer when the plant is fully grown, there is nothing to be done. Once the bottom tomatoes start to ripen take the bottom leaves off to allow sunlight to penetrate and fully ripen the fruit.

For more gardening, barbecuing and decorating your home for Christmas information read the blog articles or watch the videos on our youtube channel.