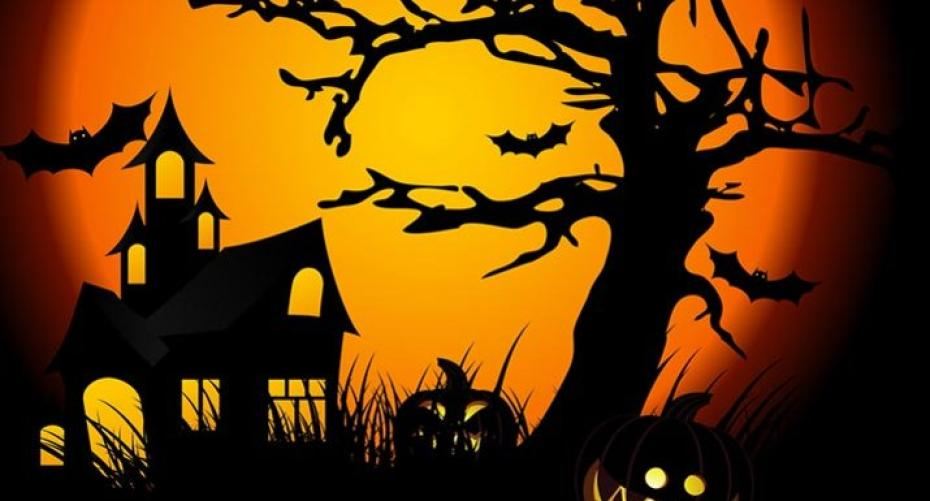 Halloween is time to dress up, eat toffee apples and carve pumpkins

‘Halloween’ or ‘All Hallows’ Eve’ is an annual celebration, for remembering the dead, on 31st October. Its origins can be traced back to the 15th Century, but remain uncertain as to whether it is a Christian or pagan festival. It was a festival to mark the end of the harvest and the beginning of the long winter. The phrase ‘All Hallows’ Eve’ can be traced back to 1556, but Halloween, meaning Holy Evening, didn’t appear until 1745.  In some parts of the world it is a Christian occasion with church services and lighting candles on graves, but it is mainly associated with mischief and ghoulish goings-on, when the souls of the dead are supposed to return home for one evening a year.

In the 15th Century poor children went round the houses ‘souling’, collecting ‘soul’ cakes in return for saying prayers for the souls in purgatory. These ‘soul’ cakes resembled modern hot cross buns. The custom of dressing up came in in the 16th Century when people went round the houses singing or reciting verses in return for food. If they were not welcomed they threatened to do ‘mischief’; still an alternative name for Halloween in some parts of the country. This mischief making has led to the modern-day ‘trick-or-treat’.

The ‘danse macabre’ enacted by children in the 16th Century in parody of the dead said to rise from the churchyard and indulge in a gruesome carnival is also thought to be a precursor to the modern costume party. These costumes are usually witches, devils, ghosts and vampires, but lately fictional characters have also become popular.

Candles have become a part of the festivities through the burning of ‘soul lights’ in every room, which were to guide the departed souls back to their earthly abode and also by the carving of pumpkins into ‘Jack-o’-lanterns’ which warded off the evil spirits.

Come and join us with your little (and not so little!) people to have some fun carving a pumpkin. Sessions are 1pm and 3pm on the 28th, 29th and 30th October. This is a very popular event so booking is essential. Why not take a look at our Halloween goodies in the Gift Department at the same time.