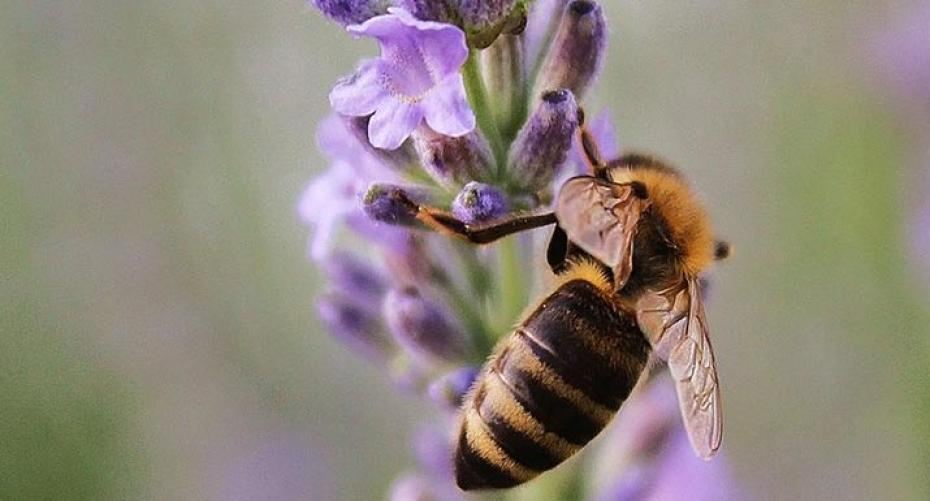 There are approximately 20,000 known species of bee and they are present on every continent except Antartica. There are colony forming bees, which produce honey and beeswax; and solitary bees. The solitary bee does not produce any honey and is normally dependant on one species of plant for its food.  Bees are the major pollinator of flowering plants and are currently under threat worldwide.

Research carried out by a soil scientist at the Vienna University has concluded that in an apple orchard with beehives 65% developed fruit, compared to only 10% in orchards without bees. In pear orchards bees tripled the yield while the number of seeds in a rapeseed pod also tripled.

They face a number of threats with 2 species becoming extinct in the UK in the last 75 years. Several of the remaining bee species have been made a priority species in the UK Biodiversity Action Plan. In 2006 the charity Bumblebee Conservation Trust was set up with the aims of conservation and education. The International Union for Conservation of Nature is looking at the global threat. The threats to their survival come from the use of neonicotinoids in agriculture, which were used from the 1990’s to combat the flea beetle in commercial crops. Loss of habitat through urbanisation and herbicide and pesticide use, intensive monoculture agriculture, Tracheal and Varroa mites and older beekeepers retiring and not being replaced have also contributed to the decline.
Fortunately in the UK there has been a resurgence in beekeeping. In 2008 there were 11,000 registered keepers and today there are around 23,000. There has been an increase in keeping honey bees in cities as they can fly up to a 12km radius; so many gardens and parks have become a diverse and invaluable source of pollen and nectar.

You can help the bees even if you don’t have a garden by buying either organic produce or that which has not been treated with pesticides and herbicides. There are several things you can do to help if you do have a garden: don’t be too tidy, leave brambles and some piles of twigs; garden organically; don’t use herbicides and pesticides and plant bee friendly plants.

If you have the space, make a wild flower meadow which will provide a variety and succession of species, and is also not hard work to maintain. Native plants are a good source of pollen and nectar as they are usually single flowers. Most double flowers are no good as a nectar source as they don’t have stamens and anthers. Many modern hybrids are also not suitable as they are not bred for nectar. Try and plant a block of the same plant as this makes it easier for the bees to forage. Ensure that you pick plants which flower over as long a period as possible.