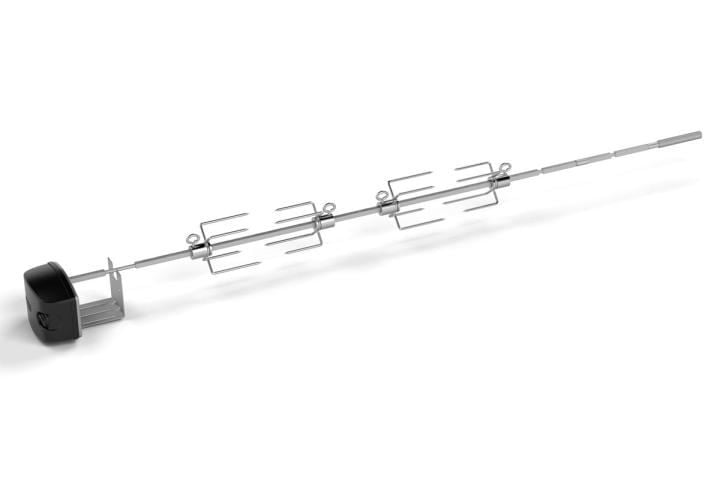 The Weber Genesis II 400 & 600 Series Rotisserie is an electric rotisserie with a heavy-duty motor that has four spit forks so you can roast whole chickens & large roasts at the same time. The spit forks have a four spike design which will keep the meat perfectly in place, rotating to give you crisp, brown, delicious chicken & juicy, tender joints. The set contains a skewer and motor. Requires 240 volts and can be used with Genesis II 4 & 6 Burner gas barbecues.

View all Barbecue Accessories
View all products from this brand

Weber iGrill 3
A wireless, remote controlled, thermometer designed for use with the Genesis II BBQ's with two probes for perfect meat but with the ability to connect four.
Price
£114.99

Gozney Dome Cover
Protect your oven from the elements with the Dome cover.
Price
£69.00