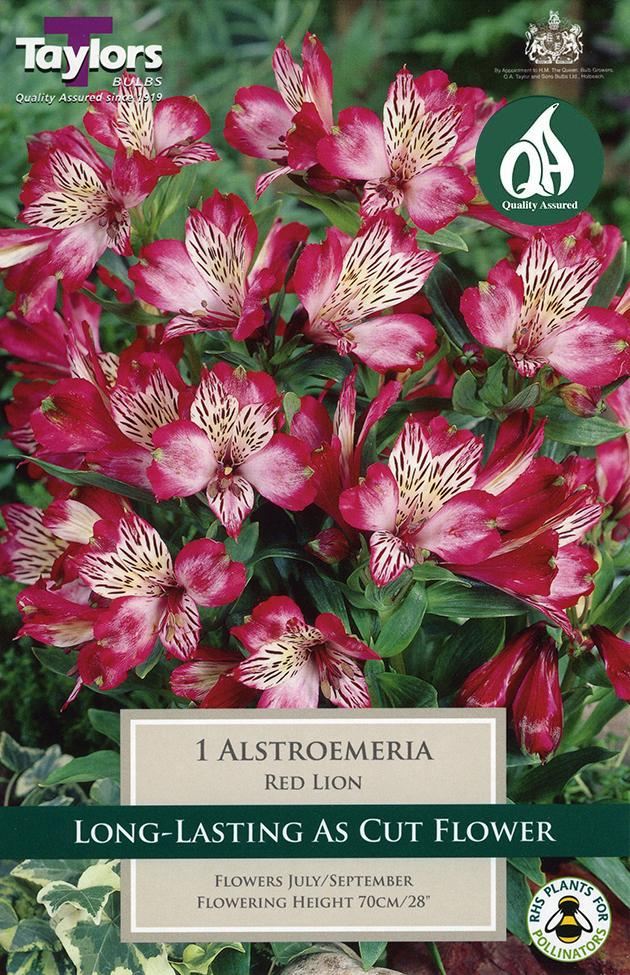 Alstroemeria form spreading clumps of erect stems bearing plenty of lance-shaped leaves that contrast well with the flowers that come in tropical shades of orange, pink and coral. With their large, brightly streaked funnel-shaped flowers, Alstroemeria are some of the most eye-catching perennials around. Also known as the Peruvian Lily, this perennial resembles a miniature Lily.

Plant Alstroemerias in a sheltered site, in part shade or full sun, any time between May and August in good soil. All Alstroemerias like fertile soil, so give them plenty of organic matter at their roots. Nearly all Alstroemeria will withstand -10°C. The taller growing A. ligtu hybrids which can have a multitude of different colours, but, in original form, are deep yellow, can withstand -15°C of frost. It helps however if they have a good leafy mulch or peat mulch over the top of them for the winter.

View all Summer Flowering Bulbs
View all products from this brand

Taylor's Eucomis White Dwarf
Eucomis is a flowering bulbous perennial with a distinctive tuft of leaves above a column of tiny flowers. The leaves are strap-shaped. The flowers come in a range of mostly pastel colours - white, creams, yellows, mauves and pinks. The flowering season i
Price
£3.99

Taylor's Freesia Single Mixed
Freesias are known for their wonderful scented flowers. They make excellent cut flowers that can perfume up an entire room.
Price
£2.99

Taylor's Gladioli Cheops
Cheops has beautiful pink flowers with a deep pink edge making this a fantastic addition to any garden.
Price
£2.99

Taylor's Triteleia Koningin Fabiola
Triteleia is a brilliant bulb for filling all those spaces after Tulips and Daffodils have finished, and adds a splash of blue colour to the front of the borders
Price
£2.99

Kapiteyn Dahlia Take Off
Dahlia Take Off is a stunning anemone dahlia with mauve-pink outer petals and a distinctive pale yellow/cream centre.
Price
£4.99