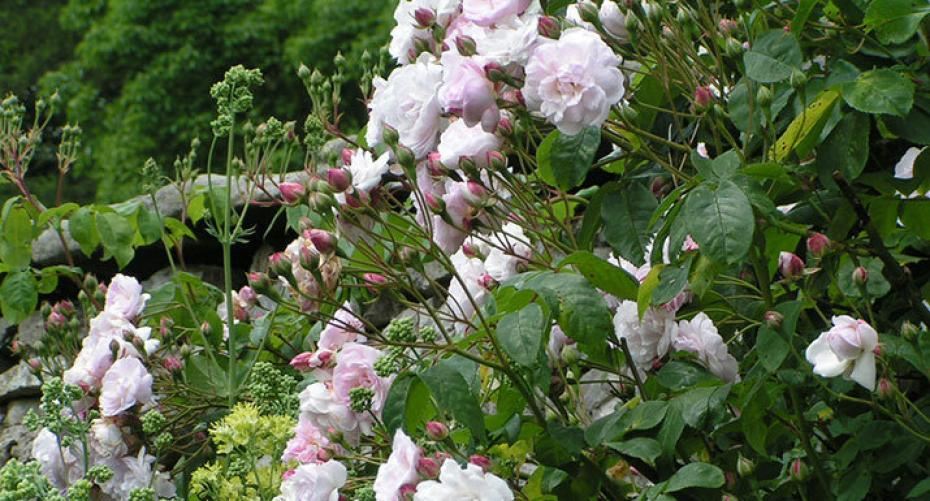 Find space in your garden for the nation's favourite flower

This week we promote the glories of the nation’s favourite flower, the delicious rose. We stock plants from the renowned Chelsea Flower Show gold medal winners David Austin and Peter Beales. Also in store we have the David Austin expert Andrew Rollings, who will be on hand on Tuesday 26th to answer any rose related queries you may have, or just for a chat.

There is a rose for every area of the garden from that dry shady wall to a tiny backyard which only has the space for a couple of containers. The only conditions they really don’t like is waterlogged soil. Some of the old English shrub roses can be really versatile as not only can they be grown as a shrub but also as a small climber, reaching a height of 180 – 210cm (6 – 7’), so ideal for growing against a boundary fence. If you are restricted for space steer clear of the rambling roses as they are incredibly vigorous and can easily reach a height of 6m (20’). But if you have a dead tree then this is when ramblers really come into their own, just plant at the base with a good amount of well-rotted farm-yard manure and they will take care of themselves and reward you with absolutely masses of tiny flowers. Unfortunately ramblers only flower once whereas climbers will repeat flower, provided they are regularly dead-headed and fed.

Roses will grow quite happily in containers provided you choose an appropriately sized pot which will accommodate your chosen rose. If growing a climber in a container the pot must be at least 45cm (18”) deep and the same width. Use a good quality Rose compost or John Innes No 3 and a forkful of well-rotted farm-yard manure in the bottom to help conserve the moisture. The disadvantage of growing in containers is the fact that they need to be watered regularly as obviously the roots cannot spread out in search of moisture; on a hot day they may need watering twice a day. Installing an automatic watering system not only makes sure they don’t dry out but is also much less work for you and you can go away on holiday safe in the knowledge that you are not going to come home to dead plants. The new Flopro Eco Smart system works off a solar panel and will water up to 10 large containers.

Although roses love the sun there are a few varieties which will tolerate a north facing aspect and produce some flowers, just not as many as if they were in a sunny position.