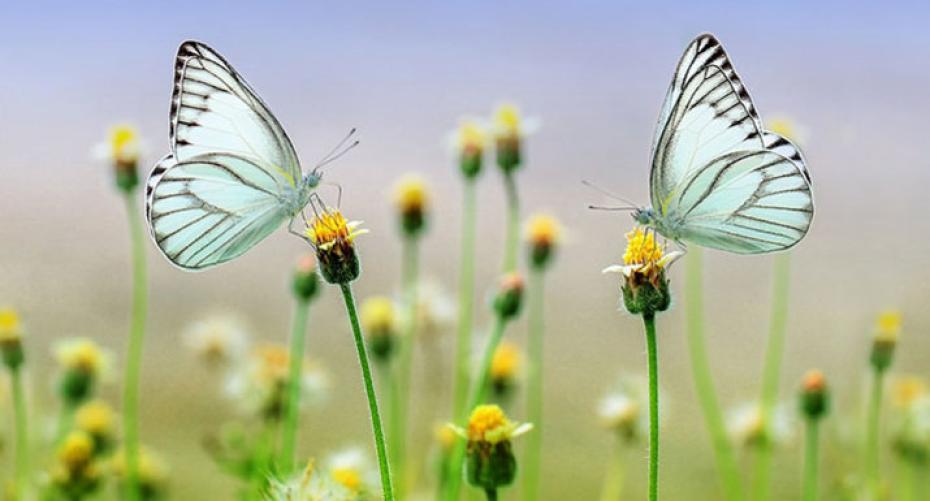 Insects are the base which supports the whole ecological food web

Every 2 years The Royal Entomological Society holds a National Insect Week to raise awareness of the importance of these little wonders of the natural world. The Society quotes them as being “the little things that run the world” due to the fact that they are such an important part of our ecosystem. There are events being run all over the country so check out the National Insect Week website; you can always organise your own event and get it posted onto their site. Here at Hayes Garden World we are holding a Bee Weekend on 25 & 26th June to raise awareness of the importance of these little creatures and the current threats to their survival.

Some insects are held in reverence by several cultures; such as the Scarab Beetle which had religious and cultural significance in Ancient Egypt and the Praying Mantis which the San bushmen of the Kalahari believe show the virtue of patience and the epitome of creation.

The number of species of insects are currently estimated to be 1.5 million, 24,000 alone in the UK, with thousands of possible species still to be discovered and categorised. They make up more than half of all living organisms and the majority of them fall into four groups; beetles, flies, moths and wasps. Although most insects are considered to be pests, in actual fact only less than 1 in 200 actually do any harm to people, property and crops. Insects are characterised by the fact that they have 3 body parts; a head, abdomen and thorax, a pair of antenna and 3 pairs of legs. Most of them hatch from eggs and evolve through several stages of their life from the egg to adulthood. They walk, fly and sometimes swim; with the unusual Water Striders walking on the surface of the water. A few, such as bees, wasps, ants and termites live in well organised societies but most of them live a solitary life. They occur in every environment on earth, even the frozen Antarctic; there are even a small number present in our oceans.

A lot are subjected to intervention by humans in the form of pesticides applied to protect crops; but these are not only killing the pest species but also the beneficial insects, such as bees, which are vital for the pollination of fruit, flowers and vegetables. In return for their pollination services the plant rewards them with energy-rich nectar. Present research is being carried out to resolve the problem of the destructive insects by introducing other predatory insects which would control the pests. Other valuable services are also performed by these insects; such as disposal of carrion by blow flies, but this is a double edged sword as these flies can also spread disease. Some can be productive, such as silkworms and bees which provide us with a harvest of silk and honey.

They are a hugely important component of the food web, underpinning the whole structure. They are food for a huge number of species, such as, other insects, invertebrates, small mammals and birds. Many of them have evolved elaborate strategies to avoid being food for something else; by copying the markings of a poisonous species, developing bright colours which look as though they could be toxic or simply by adopting the same colours as their surroundings. They are also being hailed as the answer to the world shortage of protein as they provide a large amount of protein relative to their size from little space; as land is increasingly in short supply to house the huge quantities of large mammals required to feed a rapidly growing population. They are already eaten, usually deep fried, in many cultures.

We need these creatures in our gardens as well as on a global scale so before you reach for the insecticide consider if there is a more environmentally sympathetic alternative to your pest problem.