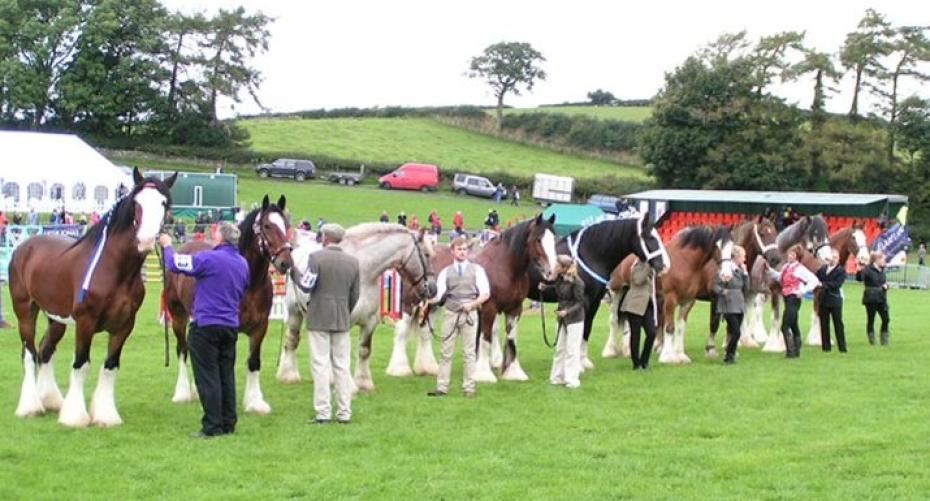 Go to a country show, have a great day out and support your community

Summer is the season for the Great British Country Show. There are literally hundreds to choose from all over the country, displaying British eccentricities at their wackiest. Bat the Rat anyone! Not a real rat, before all the animal lovers are up in arms, but a stuffed sock thrown down a drain pipe. Ponies proudly paraded, hens primped and puffed, jam tasted, flowers arranged and soggy sponges smugly crowed over. Sheep shampooed and fluffed are paraded round the show ring; results debated and disputed for days to come.

The first show was held in 1768 at Salford in Lancashire, since when they have gone from strength to strength. Size doesn’t matter, they range from the huge prestigious county shows such as The Great Yorkshire Show spread over 3 days and attended by thousands, to the local village show with a few hundred show-goers. They are all an important part of rural life; the large ones showcasing the best in the country and the small ones representing the local community. Farming is an isolating occupation and these shows, the large ones especially, perform an important function allowing farmers to socialise and see what everyone else is doing. Farmers don’t usually just go out for the day with the family, they need a good excuse, and the county show is the perfect excuse for a day off from the sometimes sheer drudgery of farming.

In recent years attendance has shot up; which could be due to several factors. The popularity of TV programmes Countryfile and Lambing Live, helping raise the profile of countryside issues and farming in particular. The NFU have also run campaigns to encourage consumers to buy British. The recent food scares have also raised awareness of the potential problems associated with intensive farming and importing food from abroad with little or no regulation and very poor welfare standards. More and more people are becoming dissatisfied with city life and want a simpler, better quality of life. The keeping of chickens in the back garden and ‘Grow your Own’ vegetables have both shot up in popularity in recent years with many people appreciating the freshness and taste of home grown produce.

Local produce and handicrafts feature prominently in these shows with everything on display from the most beautiful heirloom patchwork quilts to a single prized dahlia. The local Women’s Institutes are given the chance to shine and show off their talents. Everything is created with love and exhibited with a sense of pride. There is something for every age with vintage tractors and agricultural machinery allowing the older generation to reminisce about days gone by. They often feature prominently alongside the latest high-tech computer controlled harvesting and sowing equipment, attracting the future generation of farmers.

Music is often a feature of the shows with anything ranging from a local trio to a full-blown military band. Animals are still at the heart of these shows with classes for sheep even at the smallest show. Westmorland Show, established in 1799, has classes for cattle, sheep, pigs, goats, horses and alpacas. This show is one of the largest one day shows in the country, attracting an audience of over 30,000. It also has one of the largest Food Halls, showcasing all that is great about Cumbrian produce from cheeses, rare breed meat, bread, wine, liqueurs, honey, sweets, pies, jams  -  the list is endless. Adjoining the Food Hall is the demonstration arena showing you how to cook something a little different with the local produce; with both local and nationally recognised chefs giving talks and demos. If you don't come out of the Food Hall laden down with goodies then I can only admire your resolve!