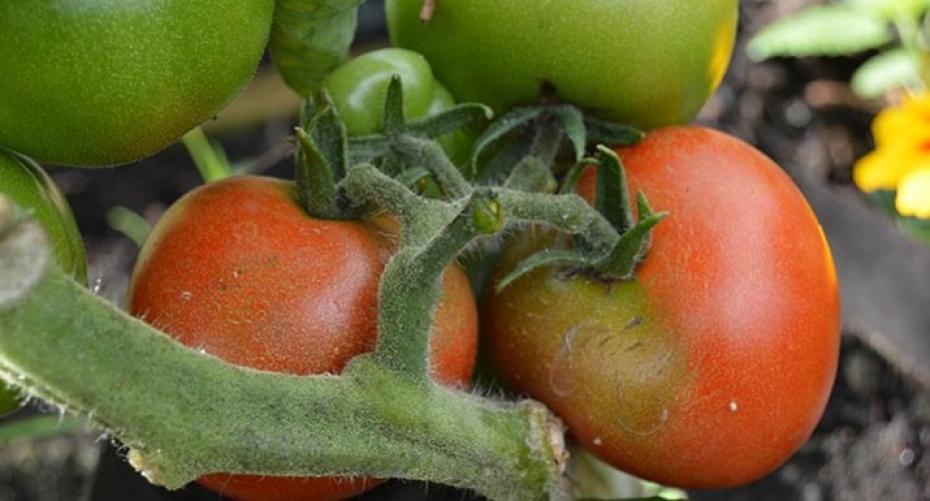 How To Utilise A Glut Of Tomatoes

This year there has been a fantastic crop of tasty tomatoes and even after giving to family and friends there are still plenty to be used up so here are a few ideas. Later in the year (early November) there is not much chance of many more ripening so we will have to strip the plants and preserve what’s left.

Here are just a few suggestions; if you have any favourite recipes please share them via the comments box at the bottom of this article.

This can be used as the base for pasta sauces or soups or as the tomato base spread on a pizza.

Put tomatoes, garlic and oil in a large pan and cover and cook gently, shaking occasionally, for 10 minutes.

Season well and add the sugar. Remove the lid and boil for 5 minutes until the garlic is soft.

Once it has cooled sieve and store in the freezer in small plastic containers.

This Middle Eastern spicy paste is ideal for Moroccan lamb dishes, as a base for pasta sauce, dip, marinade or to flavour soup.

Heat the spice seeds in a dry pan until they are lightly toasted and aromatic. Crush them in a pestle and mortar.

Heat the oil in a large pan. Add all the ingredients and cook over a gentle heat, stirring frequently, until the tomato is pulp and the garlic is tender, it should take about 15 minutes.

Wash and dry the tomatoes and cut in half across the middle. Place them on a plate, cut side down, and squeeze out the seeds. Place upside down on a double layer of kitchen paper. Turn them over and sprinkle with a little salt.

Lay the tomatoes, cut side down, on wire cooling racks. Lay foil on the bottom of the oven to catch any drips.

Pre-heat the oven to 80C (175F, gas ½), place the racks of tomatoes in the oven and wedge the door slightly open with a metal skewer; the tomatoes need to dry slowly not cook.

Check them after about 6 hours and remove any which are ready; they should be chewy not paper dry. Medium tomatoes may take 8 hours.

Pack the cooled tomatoes into sterilised jars and fill with the oil.

Halve the tomatoes and arrange in a roasting tin, cut side up. Brush very lightly with olive oil and sprinkle with the herbs, seasoning and garlic.

Pack the cooled tomatoes into sterilised jars and fill with the oil.

They will keep in the fridge for up to 14 days.

The quantities of vegetables used in this recipe need not be exact, just make sure you have more tomatoes than other vegetables.

Gently soften the onion and celery in the oil.

Dissolve the Stock Pot in the boiling water in a large pan. Add all the ingredients, except the pasta.

Simmer gently until the vegetables are soft and pulpy. Remove about half the mixture and blitz with a blender until smooth, return to the pan and add the pasta. Cook gently for a further 15 minutes. Season well to taste. If required the whole mixture can be blitzed or left whole and chunky.

These go really well with any meat and white, meaty fish. They are also fantastic with cheese and toasted thick slices of sourdough bread.

Place tomatoes, stalk side down, in an oven-proof dish and cut a cross in the top. Drizzle olive oil over the top and sprinkle with the herbs, garlic, chilli and seasoning. Cook in a medium oven for 20 – 25 minutes, depending upon the size of the tomatoes, until they are soft but not fallen away.

Pour into warm sterilised jars; cover with lids once the chutney has cooled.

It should keep for about 6 weeks.

Layer the tomatoes and onions in a bowl and cover with the salt. Leave overnight. Strain off the juice.

Put the sugar and vinegar into a large pan and bring to the boil slowly, to dissolve the sugar. Add the sultanas and apples and simmer for 10 minutes. Add the strained tomatoes and onions and return to the boil.

Simmer for about 1 hour, stirring occasionally, until the chutney is thick.

Pour into warm sterilised jars; cover with lids once the chutney has cooled.

It should keep for several months.

This recipe is from the southern states of the USA so all measurements and ingredients are American; British equivalent to 1/2 Cup is 64g or 2.25oz

Combine the egg and milk.

Combine ¼ cup flour, cornmeal, salt and pepper in a bowl.

Don’t cook too many at once otherwise the temperature will drop too much.

If you want to know more about growing tomatoes just contact the Outdoor Plants team here in store or check out the videos on our youtube channel.