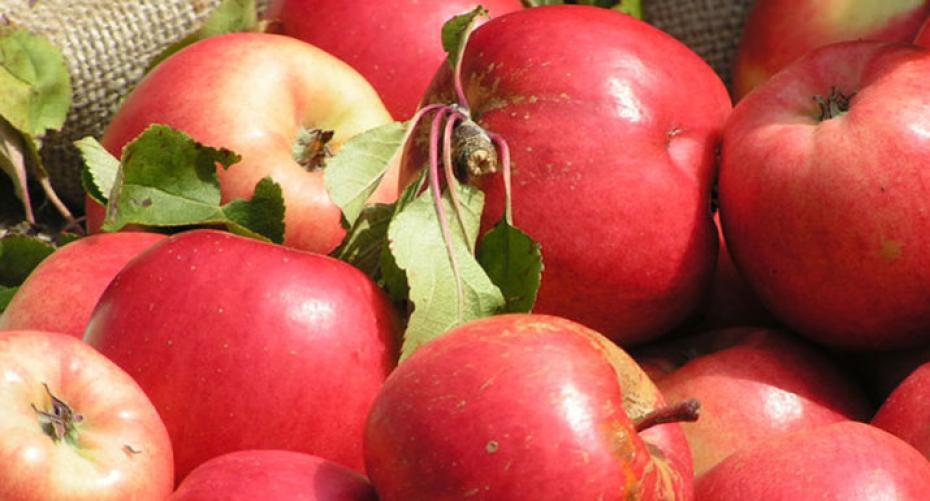 How To Utilise A Glut Of Apples

This autumn is shaping up to be a great year for the apple harvest and it’s looking like most of us will have more than we know what to do with. I’m fortunate in that I have a few pigs so I’m going to have some very happy, fat porkers. I used to have one pig called Spot who would disappear when the apples were blowing off the trees and reappear three or four days later; only to sleep off the fermenting apples for a couple of days. So if you have more apples than you can handle seek out a pig farmer who might be willing to swap apples for pork.

If your apples are not suitable for storing then try some of these preserving recipes which range from the really easy freezing method to the moderately easy chutney.

Only store apples which have a completely unblemished skin; reject any which are bruised, spotted, have broken skin or soft patches.

Wrap each apple in newspaper; not the coloured pages as the inks can contain toxic heavy metals.

Store them in a single layer either in an apple rack or in old filing trays.

Leave them somewhere cool, dry and dark and frost free. Make sure they are not near potatoes as they can cause the apples to go off.

Peel, core and slice the apples; as soon as they are sliced place in some cold water into which lemon juice has been added otherwise they will go brown.

Dry off on kitchen paper then arrange in a single layer on a baking sheet. Place in the freezer. Once they are frozen pack into freezer bags.

Dried apple slices can be used to decorate an autumn or Christmas wreath, Christmas garlands or simply add to an autumn flower arrangement. Combine with dried orange, lemon and lime slices, cinnamon sticks and fresh berries from the hedgerow for a rustic decoration.

Peel and core the apples then cut into thin slices. Place into water into which lemon juice has been added; to prevent them discolouring.

Dry them on kitchen towel and arrange in a single layer on baking sheets.

Dry them gently in the oven on a very low setting.

Place water, sugar and salt into a large pan.

Slowly bring to the boil, stirring until the sugar has dissolved. Boil for 5 minutes.

Remove from the heat and add the lemon juice.

Take the apples out of the water, dry on kitchen paper and pack into warm, sterilised jars leaving about a 2.5cm (1”) space at the top.

Fill the jars with syrup and remove any bubbles by gently stirring with a sterilised skewer.

Lightly screw the lids on the jars.

Place a tea-towel in the bottom of a large pan and ¾ fill with boiling water.

Place the jars in the water and bring the water back to the boil. Make sure the syrup is still hot otherwise placing cold jars into boiling water can cause the jars to crack. Once the syrup in the jars has simmered for 5 minutes, turn off the heat. Leave for a further 5 minutes then screw the lids down tightly.

Once they have cooled store in a cool dark place.

Spice up your apples by adding 1 dessertspoon of ground cinnamon and ¼ teasp. ground nutmeg to the syrup.

Place the sugar and water in a large pan and heat slowly until the sugar is dissolved, stirring occasionally.

Add the apples and cook until some are falling away and some are still fairly intact. Stir continuously.

Pour into plastic freezer containers; leave to cool before freezing.

This jelly is absolutely delicious on hot buttered toast.

Wash the apples and remove any bruised or damaged pieces; chop roughly. There is no need to peel, core or remove the stalks.

Put them into a large pan and just cover with cold water.

Simmer gently until the fruit is soft and fallen apart.

Pour the fruit into a jelly bag and leave to drip overnight. Resist the temptation to squeeze the bag otherwise the jelly will be cloudy.

Bring to the boil slowly, stirring continuously until the sugar has dissolved. Keep up a rolling boil for about 40 minutes until the jelly has reached 105C (220F). If you don’t have a jam thermometer test for setting point by placing a teaspoon of jelly on a saucer which has been chilled in the fridge. If it is ready it will wrinkle when you push it gently with your finger.

Place a waxed disc on the top and leave to cool before putting on the lid.

Store in a cool dark place.

This makes about 500ml (1pt) and is the easiest chutney to make as it doesn’t involve any cooking. It goes really well with cheese or pate.

Mix all the ingredients in a large bowl and pour into sterilised jars.

Keep refrigerated and leave for 2 – 3 days before eating. Shake the jars once a day.

It will keep refrigerated for up to 2 weeks.

This recipe is fantastic with pork or cheese.

Combine all the ingredients in a large pan and bring slowly to the boil until the sugar has dissolved.

Simmer for 30 – 40 minutes until it is thick and jammy. Stir frequently.

Allow to cool then pour into sterilised jars.

This chutney goes really well with pork or chicken.

Heat the oil in a large pan and gently soften the onions and chilli for 10 – 15 minutes. When soft stir in the rest of the ingredients.

Take off the heat and blitz half of the mixture with a blender then stir back into the remaining mixture.

Pour into sterilised jars and cool before storing in the fridge. It should keep for up to 3 weeks.

Insert the sticks into the apples next to the stem. Make sure the apples are washed and dried thoroughly otherwise if you leave the wax on them or if they are damp the toffee won’t stick.

Put all the rest of the ingredients into a large pan and heat gently until the sugar has dissolved, stirring frequently.

Boil for 15 – 20 minutes, stirring frequently, until it reaches a temperature of 130C (266F). If you don’t have a jam thermometer test the set by dropping a small amount into cold water and it should form a hard ball when ready.

Take off the heat and dip each apple into the toffee; stand on baking parchment until they are set.

Insert the sticks into the apples next to the stem. Make sure the apples are washed and dried thoroughly otherwise if you leave the wax on them or if they are damp the chocolate won’t stick.

Melt the chocolate in a bowl over hot water.

For more apple information just get in touch with our Outdoor Plant department here in store.