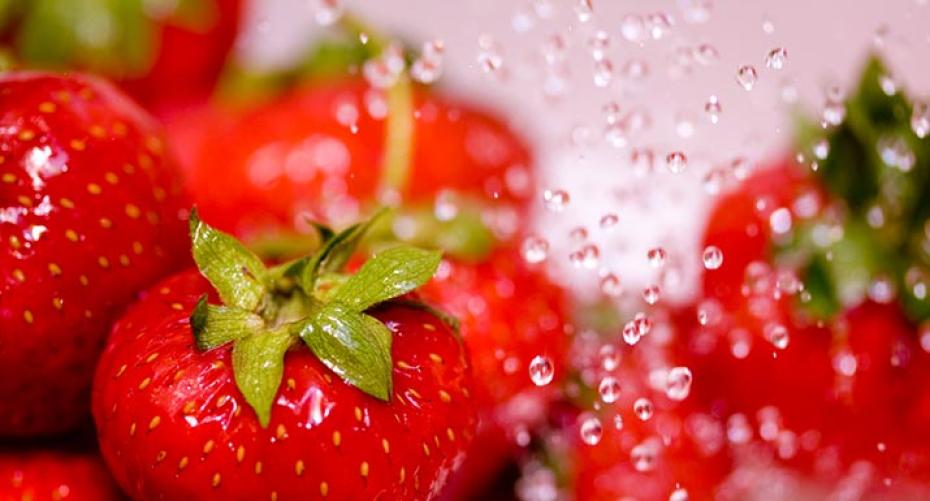 How To Start Growing Organic Fruit And Vegetables

Growing organic fruit and vegetables is hugely rewarding but unfortunately requires a bit of thought and hard work. The rewards are: sitting down to a meal knowing that you have produced most of it yourself, providing healthy chemical free produce, doing your bit to combat climate change by reducing air miles, creating a healthy environment for wildlife, saving money, getting exercise and reducing landfill. Organic veg are often not the fattest, prettiest veggies in the world but they are the tastiest, so I’m afraid you’ll just have to accept the fact that they may be blemished. Yields can often be lower than vegetables fattened up on chemicals but an average plot will be able to produce enough for a family.

If the ground has already been cultivated, plant a green manure crop in autumn. This will act as a natural fertiliser, improve the humus content, aerate the soil and suppress any weeds. It also improves the soil structure which leads to better root growth, which in turn leads to better plant growth and increased yields. There are several varieties: Phacelia, Clover, Buckwheat, Grazing Rye; Field Beans and Forage Peas being especially good for heavy soils. Dig them in in early spring also incorporating some compost or well-rotted farmyard manure.

If the soil is heavy clay, double dig and leave over winter for the frost to break down the exposed clay or dig in plenty of organic matter in the form of compost or well-rotted manure. The hard work is worth it as clay soil is rich in minerals and holds onto the moisture, both of which vegetables need in abundance.

If the soil is free-draining sandy soil you need to dig in plenty of organic matter which will retain moisture, otherwise you will be constantly watering in the growing season.

If you are creating a new plot out of fallow land you will have to try and remove as many of the weeds as possible. The easiest way is to cover it with an old carpet or thick black plastic, the downside is it can take two years to kill the weeds. If you don’t have time to wait they will have to be dug out; you need to get all the root as even the smallest piece of root from a pernicious weed will re-grow. If you don’t keep weeds under control they will compete with the vegetables for water and nutrients and in a period of warm wet weather they will soon get out of hand.

Vegetables can be grown in the ground or in raised beds. There is evidence to suggest that a raised bed can yield as much as 4 X’s as much as vegetables grown in a traditional row. The ideal size for a raised bed is 1m x 3m (3’4” x 10’). Fill with compost and well-rotted farmyard manure. Cedar is a good choice for wood to make raised beds as it is a natural insect repellent. Making beds with rounded tops increases the cropping area. If you are going to sow directly into the ground place a fleece cloche over the area first to warm up the soil and speed up germination.

You will probably have to raise all your vegetables from seed as organic plants are very difficult to obtain. If you live in the colder areas of the country, or if spring is cold and wet, start your first crop off in a greenhouse then plant out when the soil has warmed. Try and source disease resistant varieties as this will avoid the need to spray.

If you grow your vegetables in staggered rows you can get 10 – 15% more plants in a raised bed. As the plants are closer together they shade out weeds, which are competition for water and nutrients. Don’t over-crowd the plants as this will lead to smaller plants and lack of air circulation, which encourages pests and diseases. Plant salad crops and leafy greens on the rounded sides of the raised beds. Plant a few plants 2 – 3 weeks apart to provide a succession of vegetables, otherwise if you plant too many at once you will be overwhelmed with veggies.

Practicing crop rotation will provide essential nutrients, such as by following legumes (which fix nitrogen) with leafy green vegetables; and avoid a build-up of disease. There are several crop rotation options covering periods from 3 – 7 years.

Try intercropping quick growing salad crops between slower growing ones, this not only maximises space but provides ground cover, which shades out weeds and reduces evaporation from the soil in hot weather. The classic Native American ‘3 sisters’ inter-planting system starts with corn, which has beans growing up the stems and is under-planted with squashes. You can follow this principle with your own preference of varieties.

Investing in a vertical growing system will give you more growing space for crops such as: salad leaves, herbs, cherry tomatoes, dwarf French beans and leafy greens.

Choosing fast maturing varieties ensures that you have a long cropping season by planting a succession of varieties. Start them off in modules so they are already established when you replace the previous harvested crop with them. Incorporate some fresh compost every time you plant a new crop. You can also extend the season by using cloches at the start and end of the growing year.

Pumpkins, squashes and courgettes can be grown directly on the compost heap, saving space in the kitchen garden.

Organic fertilisers are derived from plants or animals and include: wood ash, seaweed, farmyard manure and blood fish and bone. They release their nutrients slowly leading to a steady, stable growth rate. They also improve soil structure and help it retain moisture. The downside is that the nutrient quality can be variable and if using farmyard manure it must be composted for at least 2 years.

Dilute seaweed is a good general purpose organic feed. Make your own seaweed fertiliser by putting a spade-full of seaweed (making sure it contains no creatures) into a bucket with 5 gallons of water. Leave to infuse for 2 – 3 weeks then water onto the roots.

Banana skins buried under the vegetables provide them with potassium.

Nettles and comfrey are high in nitrogen so are good for leafy vegetables. Put a large bunch into a bucket with 5 gallons of water and leave to infuse for 3 – 5 weeks (after which it will smell appalling). It must be used diluted to a ratio of 1 part mixture to 10 parts water and watered onto the roots.

A molasses mixture of 2 tbsp in a gallon of water improves soil health by increasing microbes.

A spade-full of sheep manure in a hessian sack steeped in a barrel of water for2 – 3 weeks makes a good feed for tomatoes, cucumbers, melons, courgettes and squashes.

A home-made grass fertiliser contains nitrogen, phosphorous and oxygen; but only make with clippings which have not been treated with any herbicides. Fill a 5 gallon bucket half – two thirds with grass clippings and top up with water. Let it steep for 3 – 4 days, keeping stirring. Strain off the liquid and dilute with equal parts of water. Water into the soil.

Used water from a fish tank contains nitrogen and other nutrients.

Collecting rain-water in butts is essential. Installing a drip irrigation system on a timer is an economical method of watering as it keeps the plants constantly damp. When watering always give them a good soak as just giving them a little encourages shallow, surface roots. They need to put down a substantial root system to access nutrients and withstand a dry spell which would dry out any shallow roots. Water at the roots not over the leaves as this will evaporate before reaching the soil if the sun is out.

Reduce the need to water by mulching or growing a ground cover crop between taller varieties.