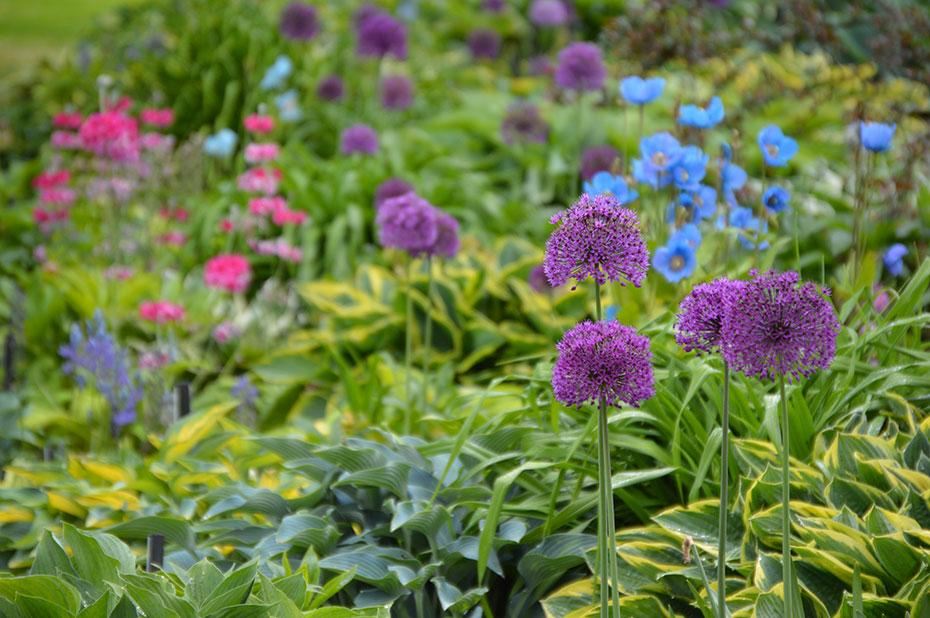 How To Make The Perfect Compost

Compost is an essential element for producing healthy soil

Composting is one of the most important tasks you can carry out in the garden; it re-cycles kitchen waste and spent organic matter from the garden. The end result makes a lovely soil improver, which results in increased microbial activity which helps plant growth. It aids drainage in heavy soils by opening up the structure and aids water retention in sandy, free-draining soils. A nice compost should be ready for use in 6 months to 2 years. When it is ready it should be a dark brown crumbly texture which smells of a damp woodland. This type of compost should only be used as a soil improver and not for seed sowing, raising cuttings or in baskets and containers.

Ideally you need two bins; one to which you are currently adding material and one which is mature and ready to use on the garden. Stand them on a patch of soil so that the soil organisms can move up into the compost. Compost made in bins usually matures quicker than that made in heaps as it retains more heat and moisture.

A bin 1 cubic metre in size is ideal; drive in 4 posts making a metre square and a metre tall. Fasten chicken wire or planks round the outside. If using planks leave a gap of approximately 2cm (1”) between them, this allows for air movement in the heap. Make one side detachable so you have access to turn the heap. It needs a position in partial or full shade.

If you only have a small garden and don’t have room for a bin, you can have a wormery which produces a liquid fertiliser and  a soil improver. These bins have two chambers; an upper chamber into which you put the waste and the worms and a lower chamber which collects the liquid. The bins and worms are available from specialists; they usually advertise in gardening magazines.

Place the material in layers as this heats up more effectively. Don’t put in too much of one type of material and try and alternate green and woody material. You can use a mixture of kitchen and garden waste and shredded newspaper. Don’t put in too many grass clippings at once as they can compact and become a slimy mess. Put in approximately one third green and two thirds woody material. The green material is rich in nitrogen and the woody material rich in carbon. If the material is fairly dry add a little water after each layer. Cover with a tarpaulin, old carpet or a plastic sheet.

Keep the heap damp, adding water if it looks dry, don’t let it become too wet as this can lead to it becoming compacted then the micro-organisms (bacteria and fungi) won’t be able to break down the material. Turn the heap 2 – 3 times a year; take it out of the bin then put it back again. If there is a lack of green material you may have to use a commercial compost accelerator, such as ‘Garotta’, this replaces the nitrogen found in green waste.

What to put in

What not to put in

Flies are usually the result of decomposing kitchen waste so make sure you cover it with a layer of garden waste. They can also be a problem if the heap is too wet, so keep it turned to incorporate air.

Wet, slimy and smelly heaps are usually the result of being too wet and having too little air. Keep the heap covered to keep out the rain, turn it regularly and add enough woody waste so the green waste doesn’t become compacted.

A dry heap which is not rotting usually has not enough green waste. A solution to this is to add an accelerator such as ‘Garotta’, a sprinkling of blood, fish and bone or sulphate of ammonia or a thin layer of fresh farmyard manure.

How to: How To Make The Perfect Compost

Where to place the compost heap

Place the compost heap, bin or wormery somewhere out of the way, preferably cool and shady.

What to add to the compost

A compost heap is ideal for re-cycling all that kitchen waste, particularly raw vegetable peelings. Shredded newspaper or all those confidential papers can be added in thin layers; don't use the shiny glossy paper from magazines as they can contain toxic elements. Garden waste can also be added, leaves, weeds (not pernicious weeds), thin twigs, grass cuttings (add these in thin layers otherwise they can go slimy and smelly). Don't add dog and cat litter but small amounts of hen droppings can be used.

The compost heaps need turning a couple of times a year; take everything out and put it back again. If it feels excessively dry just sprinkle it with a little water, not too much otherwise the bacteria and micro-fauna can't do their job.

When to use the compost

The compost should be ready to use in 6 - 24 months; it will have turned brown and be lovely and crumbly and smell of a damp woodland.

The compost can be used as a soil improver; dig into borders in spring or autumn. If planting perennials it can be added to the planting hole or to the compost if planting them in containers.