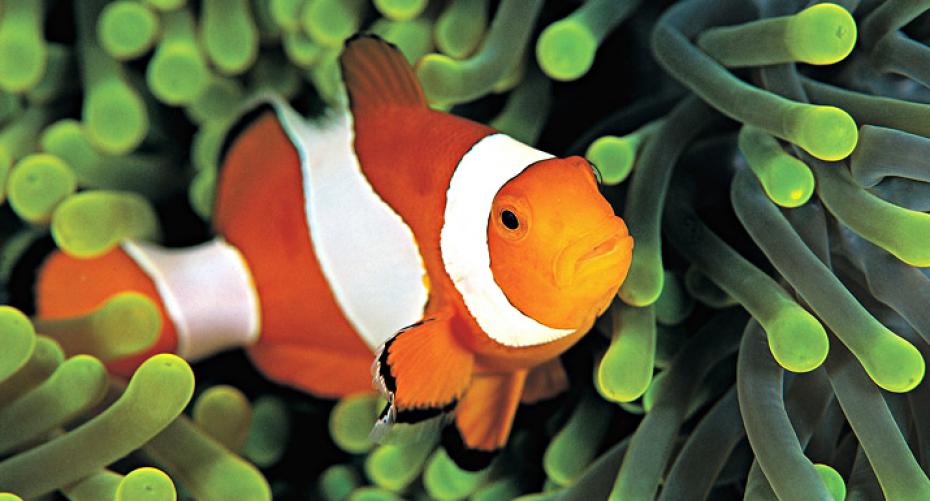 How To Look After Clownfish

Clownfish are also known as clown anemonefish, due to their symbiotic relationship with sea anemones. The normally deadly tentacles of the anemone cannot detect the clownfish because of a slimy chemical that it secretes. This provides the clownfish with a safe home from which it can venture out for food, bringing it back to eat & providing the anemone with the leftovers.

Clownfish are a colourful species of marine fish which are native to the warmer waters of the Indian and Pacific oceans. They are very territorial fish living in reefs or lagoons sharing their anemone with a mate or small group. The largest fish in any group is a female and the smaller fish are males. When the female dies, the largest male will change sex and take over the female's role. Clownfish reproduce by spawning on a cleaned piece of coral or rock next to an anemone. Both parents share the task of guarding the eggs until the young hatch when they will float in the sea currents before settling on the reef and looking for an anemone host.

There are about 30 recognised species with the largest reaching about 17cm in length. They vary in colour depending on the species but they tend to be yellow, orange or dark red to black. The Orange Clownfish (True Percula Clownfish) is most well known after the success of ‘Finding Nemo’ and has a bright orange body with three white bands. Other species include the Fire Clownfish, Tomato Clownfish & the stunning Black and White Percula Clownfish.

Clownfish can survive in a tank without an anemone for a home but only keep one or a pair & don’t mix different clownfish species or they will fight. Clownfish are also very particular over the type of anemone they will choose as a host. There are only three species that are able to provide a safe home, so you must ensure that you get the correct type & also have the right environmental conditions for it to survive. If you have a reef aquarium, a clownfish is an ideal choice as most species are peaceful marine fish. The Maroon Clownfish tends to be more aggressive & grows to a larger size so is not as good a tank mate as other clownfish species. Other compatible species include the smaller species of Angelfish or Tangs, Dragonettes & Gobies.

Clownfish are omnivorous and are quite easy to feed, enjoying flaked food but also enjoying occasional live food. They also benefit from their symbiotic relationship with their host anemone because they will eat the waste emitted and even feed on dead tentacles thus reducing pollution into their environment.