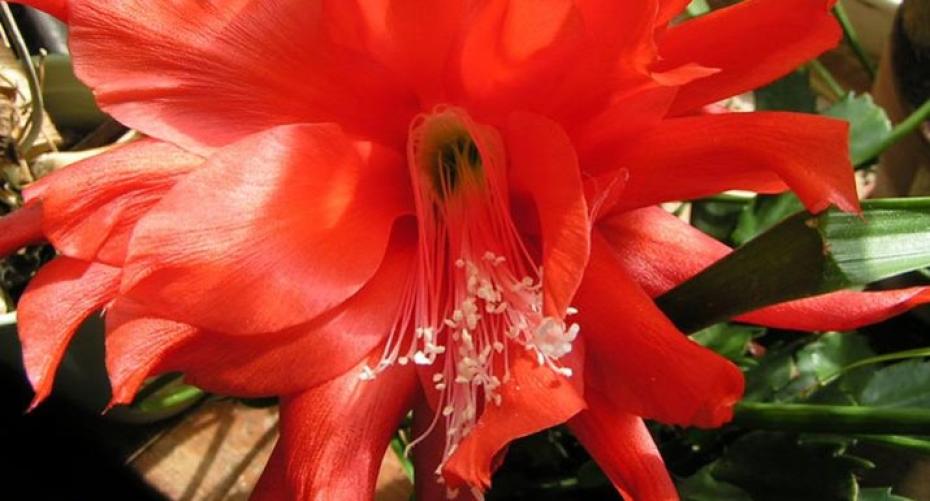 How To Keep Your Houseplants In Tip Top Condition

Many houseplants come from tropical and sub-tropical regions, so in order for your plants to thrive you need to replicate their home conditions as closely as possible. The best way to keep the plant in tip-top condition is to research the environment the plant would naturally live in and provide conditions as similar as possible; however there are some ‘rules’ which can be applied to almost all houseplants.

The number one cause of houseplant death is overwatering; either by not knowing the moisture requirements of the plant or by not checking before watering; just getting into a routine of watering every week unfortunately isn't enough.

Number one is to know where the plant comes from. The amount of water a plant needs varies from species to species and depends upon its native habitat. For instance, a cacti does not have the same water requirements as a begonia.

Temperature, light and the humidity of its surroundings also plays a large part in determining water requirements. A plant will need a lot more water in a bright, dry centrally heated room than one somewhere cool and not receiving direct sunlight.

As a rule a plant with a lot of lush foliage will take a lot of water in the growing season.

When plants are in their growth period they will need a lot of water, whereas when they are resting they only need just enough to stop them drying out.

The type of container in which they are planted also plays a part; plastic and glazed pots retain more moisture than traditional terracotta. When terracotta dries out it will draw moisture out of the soil which then evaporates off its exterior surface.

An easy way to measure if your plant needs watering is to stick your finger in the compost up to the second knuckle; if it feels dry water, if it feels damp don’t water.

Use room temperature water 20C (68F). Fill a bucket, leaving room to completely submerge the pot. Leave in the water until all the bubbles rising from the compost have subsided. Leave to drain completely before replacing in the cover pot or saucer, otherwise it will be left sitting in the excess water. Allow to become fairly dry before watering again.

If you have overwatered your plant, put it on its side to allow any excess water to drain from the pot. Place kitchen towel on the surface of the compost and replace every time it becomes saturated. If the plant has started to wilt or lose its leaves take it out of the pot, remove as much compost as possible and replace with new, dry compost. Too much water in the compost replaces the oxygen which leads the roots to suffocate and eventually to rot.

Light is essential for plant survival as it is needed for photosynthesis; but different species have adapted to cope with varying light levels. As a general rule foliage plants don’t want direct sun; flowering plants need a few hours of direct sun; variegated leaved plants need good light otherwise they will revert back to being plain green; orchids need indirect light and cacti and succulents need direct sun.

Direct sun is from within 60cm (2’) of a south or southwest facing window, a windowsill in direct sun or a fully glazed conservatory.

Indirect sun is anywhere in a room, other than the windowsill, which receives sunlight for several hours a day.

Partial shade can result from a north or east facing window.

Shade conditions can arise from a staircase, hallway or from the corner of the room furthest from the window. Windows close to trees can also produce shady conditions.

Plants can be grown in shady situations under artificial fluorescent light but must be no further than 30cm (12”) away from the light source. They will need the lights turned on for a period of 12 – 16 hours per day.

Symptoms of not enough light:

Symptoms of too much light:

If the buds on your flowering plants don’t open, drop off before opening or wither soon after opening, the problem could be too low humidity. The atmosphere in centrally heated rooms can often be too dry. This can be remedied by:

Different types of plants need different nutrients, so you need to check the nutrient levels on the back of the pack. Fortunately many houseplant fertilisers are marketed for specific groups of plants, such as: orchids, cacti, streptocarpus, citrus, flowering or foliage. If you are just using a general garden fertiliser, foliage plants need a feed with a higher percentage of nitrogen and flowering plants need a high percentage of potash/phosphorous as this promotes the formation of flowers, any tomato feed will provide this nutrient.

Plants also need micro-nutrients and trace elements, such as zinc, copper, iron, molybdenum; these can be found in good quality potting mix. If your plant has recently been re-potted it shouldn’t need a general fertiliser, unless it is a flowering plant. If your plant has been in the same pot for a year or more it will need feeding as it will have exhausted the nutrients in the compost.

A healthy strong plant is more able to fight off pests and diseases and to withstand the occasional dry period. Feeding is not the solution to a pest or disease problem, these need dealing with before you feed again. Don’t over-feed a high nitrogen fertiliser as it will result in a lot of weak sappy growth which is attractive to aphids.

Water soluble is easy to use and comes in the form of liquid, powder or crystals. As a general rule the manufacturers recommended dosage is for a maximum dose which most houseplants don’t need, so half the recommended dose should be sufficient.

Controlled release is the easiest to use as you just mix it in with the compost when re-potting or sprinkle it on the top of the compost. It usually needs to be re-applied every 6 months.

Spikes and tablets perform the same function as the controlled release. Just push them about 5cm (2”) into the compost at the rim of the pot so you don’t damage the roots.

Foliar feed is bought ready mixed as a spray and is useful to revive a plant which needs a quick boost. It is not a substitute for re-potting and long term feeding.

Symptoms of lack of feeding:

Symptoms of over feeding:

The best time to re-pot is in early spring just before the plant starts its summer growth spurt. Use a pot which is just one size larger than the pot it is in already; if the plant sits in too much wet compost the roots can rot. Terracotta pots are attractive and give that rustic feel but they do tend to dry out quickly; as they are porous they suck the water out of the compost which then evaporates through the sides. Plastic or glazed are better for conserving moisture. Make sure the pot has a drainage hole in the bottom; just stand it in a saucer or place it in a decorative cover. If you are re-using a pot scrub thoroughly with a weak bleach solution, rinse well and allow to dry.

Place some new good quality houseplant compost in the bottom of the pot, gently tease the roots apart, place in the pot so that the surface is the same as it was in the old pot and firmly fill around the sides with compost. Gently tap the pot on the work surface to settle the compost and get rid of any air pockets. Water thoroughly and allow to drain before placing on a saucer.

A large established slow growing plant may only need re-potting every couple of years but a vigorous plant will need doing every year. Once your plant has reached the largest size of pot you can cope with, take it out of the pot every year and remove as much of the old compost as possible and replace with fresh. If the pot is full of roots cut them back by about a third.

Houseplant compost performs several functions: it enables the plant to stand upright, it provides food and water, it prevents the roots from drying out and it holds onto pockets of oxygen which is needed by the roots. It is recommended that you use either specific compost for your plant, such as: orchid, citrus, cacti and succulent, African violet or streptocarpus, or a general purpose houseplant potting medium. Don’t use an ordinary garden multi-purpose as they are not usually suitable.

Peat based compost holds onto a lot of moisture so is generally used for plants which need to be kept evenly damp, such as: African violets, streptocarpus, begonias and ferns.
Bark compost is used for the epiphytic plants which don’t like to sit in wet compost, such as: some orchids and bromiliads.
Sand and grit is added to some mixtures to improve the drainage for cacti and succulents and some palms which are used to growing in dry conditions.
Perlite is small grains of expanded volcanic rock which is added to the mix to improve drainage and water holding capacity.
Vermiculite holds onto water and minerals then releases them gradually. It also opens up the texture of the compost, improving drainage and aeration.

For more information on keeping your houseplants healthy read the blog articles and watch the videos on our youtube channel.