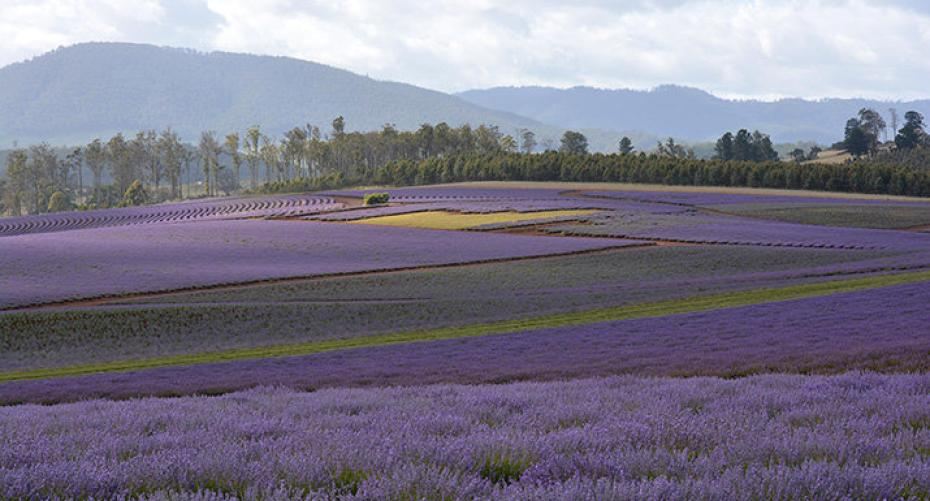 How To Have A Summer Full Of Lavender

Lavender from the Mediterranean is easy, aromatic and loved by insects.

Why not plant a little piece of the Mediterranean in your own back garden or balcony. These easy to grow, fragrant, evergreen plants immediately give you that relaxed summer holiday feeling. There are a lot of varieties to choose from; however some are not tolerant of our cold, wet British winters. If you want to grow the tender species just plant them in pots and move somewhere sheltered and frost free in winter. There is a large range of colours from white through pink to ruby red, with various shades of the traditional lavender colour.

Lavender belongs to the mint family of plants; there are 39 species and dozens of hybrid varieties. In the wild it is widespread in southern Europe, north and east Africa, the Mediterranean, south west Asia and south east India. You can see from its distribution that its ideal conditions are hot and dry, but it can cope with cooler wetter conditions if we plant it in a situation which is as close as possible to its natural environment.

It has many uses; horticultural, purely aromatic, culinary, medicinal and as a relaxant. The oil has anti-inflammatory and antiseptic properties and is used widely in cosmetics and fragrances. It was used in hospitals during World War 1.
There has recently been a revival of culinary use; as flavouring in cakes, biscuits and ice cream and also for candied flowers. An infusion of lavender is said to soothe headaches, insect bites and burns. It can also repel insects, so a few pots of lavender placed near the barbecue should help repel midges and bowls of pot pourri can keep moths at bay. The dried flowers make lovely fragrant and biodegradable confetti. Pick flowers in the morning as this is when they have the highest oil content and process the flowers as soon as possible as the oil content diminishes as soon as it is picked.

Lavender is not a long lived plant, it only has a life expectancy of between 7 and 10 years, after which it becomes straggly and woody; it then really needs replacing with new plants. It is suitable for seaside gardens, needing poor, dry, alkaline soil. It thrives best in a sandy or gravelly soil. If your soil is heavy clay it needs the drainage improving by adding up to a third horticultural grit and a coarse compost mixture. They tend to become woody if grown on heavy clay soils and so are not as long lived. They are drought tolerant but cannot stand sitting in wet waterlogged soil. They ideally need a south or west facing aspect in full sun. Do not give them any fertiliser. Keep space round the plant as they need good air circulation. If you want to give them a mulch use gravel or chippings not an organic mulch as this creates a humid atmosphere which can lead to root rot.

They make an ideal small hedge and are best grown on a ridge of soil in order to keep the roots out of standing water. If you are using a small variety, such as Munstead, plant 30cm (1ft) apart and 45cm (1ft 6ins) if using one of the larger varieties. When they are first planted make sure they are well watered until they become established.
Lavender can be grown from seed but the range of varieties is severely limited. They can sometimes take a couple of years to flower. Lavandula multifida “Blue Wonder” can flower the first summer if the seed is sown early enough. Sow the seed under glass from January to March.

Lavender grows well in containers as you can give them the exact soil conditions they require. Use a loam based compost, without any added nutrients, mixed with one third horticultural grit. Put plenty of crocks in the bottom of the pot to ensure good drainage. If you have a large container put in several plants to fill it as they do not want too much room. Too much wet compost can lead to root rot.
Prune it around August after it has flowered by cutting the whole plant back by approximately one third. Don’t cut into the old wood as it does not regenerate. The flower heads can be left over winter when they will be much appreciated by the goldfinches. In the summer they attract a wide range of beneficial insects including our dwindling bee population.

The main species of Lavender found in garden centres are:
Lavandula angustifolia; commonly called English Lavender and the hardiest. Varieties include the ever popular Hidcote, small and compact, up to 60cm (2ft) and ideal for hedging. Other reliable varieties are: Munstead, Loddon Blue and Rosea.
Lavandula dentate; a type of French Lavender. A reliable variety is Royal Crown
Lavandula stoechas; the most common French Lavender but sometimes called Spanish Lavender. It is quite short lived and not hardy, unless planted in a warm, sheltered frost free position. There are several varieties available in garden centres including: Willow Vale, Fat Head, Kew Red, Regal Splendour and Papillion.
Lavandula multifida; commonly called Egyptian Lavender, this is a multi-headed species. It is more tender than the stoechas so will need bringing into somewhere warm over winter, so is better grown in a pot. The most common varieties available in the UK are: Spanish Eyes and Blue Wonder.
Lavandula intermedia; this is a hybrid bred from angustifolia and varieties such as Walbertons Silver Edge, Vera and Grosso are widely available in garden centres.