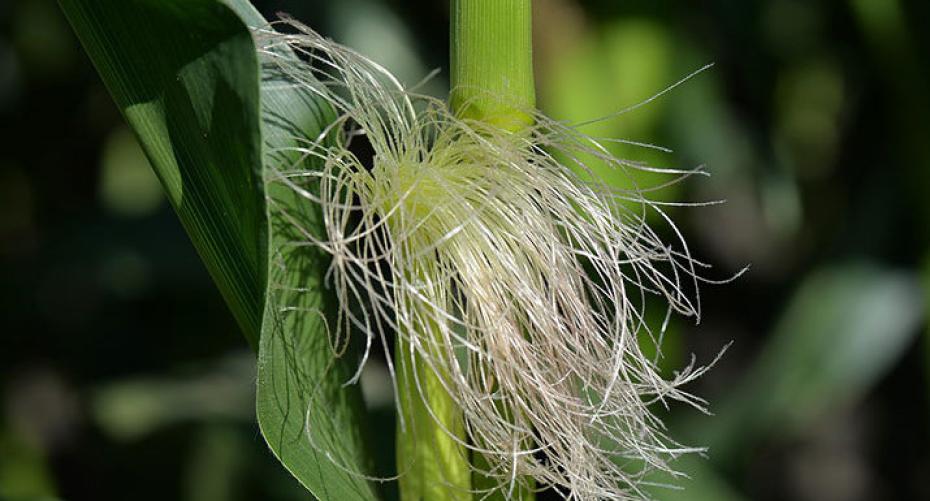 How to grow sweetcorn

Try growing sweet, juicy sweet corn for grilling on the BBQ this summer

Sweetcorn is one of the staple BBQ vegetables as it doesn’t need any prep, just throw it onto the grate, but like the aubergines, it needs a long hot summer to grow and ripen, but that’s no excuse not to give it a try. Sweetcorn was first grown by Native Indians and introduced to Europeans by the Iroquois in 1779. In the UK, particularly in the north, the early maturing varieties tend to do better as they ripen in a shorter growing season. They not only come in yellow but also yellow and white and multi-coloured. Although the multi-coloured, the original Indian Corn, are grown mainly for decoration in the UK they are an edible crop elsewhere. Traditionally the Iroquois grew the corn with beans and squash, known as the Three Sisters method of cultivation, as they all support each other, just like sisters, and thrive in each other’s company. The beans climb up the corn stalks and also inject nitrogen into the soil which benefits all three plants. The squash has huge leaves which shades the soil keeping it cool, acting as a mulch and retaining moisture and also serving as a weed suppressant, so no need to hoe and potentially damage the roots.

If you live in the north of the UK it is probably better to start the seeds off indoors; sow 2 seeds about 2.5cm (1”) deep in good quality seed compost. Use biodegradable, the middle out of toilet rolls or newspaper pots as they resent root disturbance and by sowing in these types of pots you can just plant the whole thing. Once the seeds have germinated and grown by 5cm (2”) remove the weaker seedling. Keep warm 10 – 16C (50 – 60F) and damp. If sowing outdoors wait until the soil temperature is at least 10C (50F), cover the soil with black plastic and sow the seed through it, 2 seeds about 45cm (18”) apart in rows 60cm (24”) apart. Again remove the weaker seedling once they have grown a few centimetres. Sowing through plastic stops weeds growing which means no hoeing, as they are shallow rooting this could damage the roots.

They are wind pollinated so sow in blocks rather than long rows otherwise you’ll find that they don’t pollinate successfully. If planning on sowing 2 long rows instead sow 4 or 5 short rows. The bigger the block the better the chance of successful pollination. Each plant will produce 2 – 4 cobs so consider how many you need before sowing masses of seeds.

They need really fertile well-draining but moisture retentive soil in full sun and out of strong winds. They make an effective wind break for other plants which need a really sheltered position.

Try and prepare the plot the autumn before planting by digging in plenty of well-rotted farm-yard manure and letting the winter weather break it down. If you can’t do this then just dig it in before planting. Also add an application of a balanced fertiliser, such as Growmore or blood, fish and bone at a rate of 100g per sq m (4oz per sq yd). Plant the seedlings out when all threat of frost has passed and they are about 15cm (6”) tall. Space them 45cm (18”) apart in short rows 60cm (24”) apart. Water in well then mulch to keep down the weeds and retain the moisture.

Keep the plot weed free but try and avoid hoeing as it can damage the shallow roots. Either hand weed, plant through black plastic or mulch well. Give the plants plenty of water, at least 20ltrs per sq m (5 gallons per sq yard). They may need a hand to pollinate the cobs so once the top cob has produced flowers (tassels) just give the top of the plant a gentle shake as this is the male cob and will pollinate all the female cobs below.

Once the tassels of the cobs have turned brown test the kernels with your thumb nail if the fluid is milky then they are ready, if the liquid is watery then they are not ripe or if thick and pasty then too ripe. Once they are harvested they need to be consumed immediately as the sugars deteriorate rapidly once picked but they can easily be frozen.

Mice can dig out the seeds when started outdoors so you may need to protect with some fleece until they germinate when they can be attacked by slugs and snails so you’ll then have to deploy your favourite deterrent.

Birds, particularly pigeons, can pull up the young seedlings so you may have to cover with fruit netting.

A poor crop with scrawny cobs is the result of poor pollination which unfortunately cannot be remedied at this late date but lessons can be learned for the following year.

In the UK early varieties will probably perform better due to the generally short growing season. Mini corn can be obtained by planting early maturing varieties about 15cm (6”) apart and harvesting when the cobs are 10cm (4”) long.

Just throw the cobs straight onto the grate over direct heat to get the lovely char marks, then move over to indirect to continue cooking through. Once the corn is cooked slather in just plain salted butter or try one of these flavoured butters: lime and chilli, lime and coriander, Parmesan and garlic or chilli and cayenne.