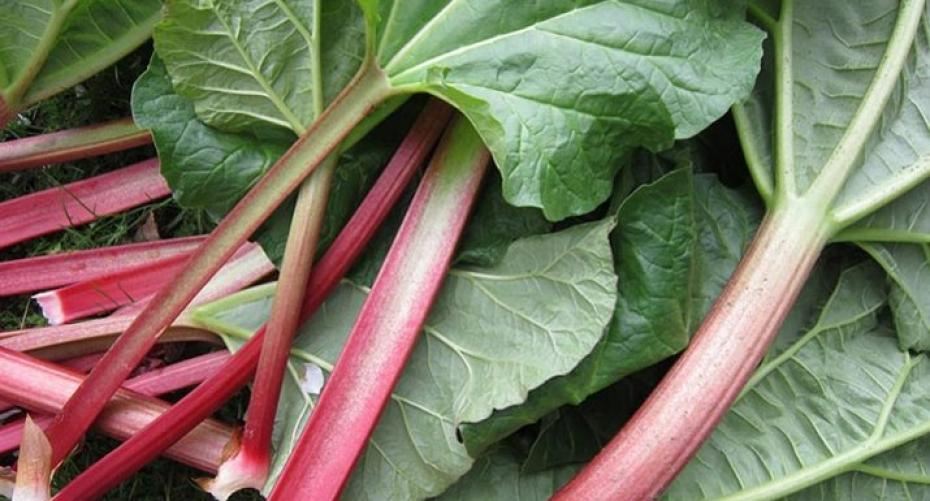 How To Grow Remarkable Rhubarb

Make space in your garden for a crown of healthy, versatile rhubarb

Rhubarb (Rheum rhabarbarum) has been used in Chinese traditional medicine for thousands of years, but only became popular as a foodstuff in the last 300 years as sugar became more affordable. In the wild it grows in Tibet and the western and north-western provinces of China, so it is quite used to harsher growing conditions than we can throw at it in the UK, apart from flooding! The most famous area in the UK for the production of rhubarb is the Yorkshire triangle of Wakefield, Leeds and Morley which forces early rhubarb in huge low sheds by the light of candles. Technically it is a perennial vegetable but is usually used as a fruit in puddings, pies, crumbles, ice-cream and fools; it can also make a tasty wine! Cinnamon, nutmeg and ginger all work well in partnership.

It was used in Chinese medicine to treat a huge range of ailments as it has antiseptic properties, it aids digestion but is most commonly used as a laxative. Current research is investigating its effectiveness in treating a range of cancers, including leukaemia. It is rich in vitamin C and fibre and also contains calcium, potassium and small amounts of several trace elements. The leaves are toxic, containing a large amount of corrosive oxalic acid, which if ingested can cause breathing difficulties. Make sure that the leaves are not accessible to any herbivores; there have been cases of death occurring in goats and pigs after eating the leaves. There is also some doubt as to whether you can compost the leaves; yes you can. Cut the leaves into smaller pieces and add to the compost heap where the oxalic acid will disperse throughout the heap as it breaks down. The leaves also make a cheap, environmentally friendly insecticide. Take a large old saucepan (not one you use for food preparation), cram it with leaves, cover with boiling water and simmer for about 20 minutes. Strain off the liquid, add a small amount of washing-up liquid, this helps it adhere to the insects, and spray the insects as they appear. If you boil up some rhubarb in a burned saucepan it should bring it up like new; it doesn’t work on non-stick coated pans.

It needs a sunny site with well-draining moisture retentive soil.

The best time to plant rhubarb is from autumn to spring. Make sure the planting hole is enriched with well-rotted farmyard manure or good quality peat-free compost and a handful of blood, fish and bone or a balanced fertiliser, such as Growmore. Plant with the crown about 3cm (1”) below the soil surface. If planting more than one crown space them 75cm (30”) apart.

Make sure that the plants don’t dry out, be especially vigilant with newly planted crowns. Mulch in autumn with a 5cm (2”) thick layer of home-made leaf mould or good quality peat-free compost; keep the actual growing points clear of mulch otherwise they are liable to rot. Feed in spring with a balanced fertiliser. Cut off any stems which show signs of flowering.

Divide the crowns of an established plant about 3 – 5 years old. Wait until they are just showing the first signs of growth in early spring. Cut with a sharp knife between the eyes, taking care not to knock them off as they are quite fragile. Plant up in the normal way.

Rhubarb can be forced into production as early as February, either indoors or outdoors, producing stems which are usually sweeter and more tender than the stems from the normally grown outdoor rhubarb. Choose a fairly well established crown, about 3 years old. To force it indoors take it out of the ground and pot up in a large pot; leave outside to freeze. Cover the crown with compost, leaving the growing buds exposed and take it indoors to a warm 10 – 18C (50 – 65F), dark spot, keeping it just damp. It should be ready to harvest in about 12 weeks. Once harvested plant back into the garden in spring. To force outdoors cover with some fresh horse manure in winter, don’t cover the growing buds. Cover with a container which excludes all light; you can buy very good looking terracotta rhubarb forcers, or just use an up-turned dustbin.

Leave to grow without harvesting for the first year after planting. Don’t leave it until it becomes too thick and stringy, harvest when it is thin and about 30 – 45cm (12 – 18”) tall and then it shouldn’t need peeling, just wipe with a clean damp cloth. Only harvest about a third of the stems, leave the rest to photosynthesise and build up the plant for the following year. Pull and twist the stems off rather than cutting them.

Poulton’s Pride  -  this is a new variety which promises a longer than usual harvesting period; from February (if forced) to November. It doesn’t go dormant in late summer like most varieties. The stems are medium sweet with just a touch of sharpness. It is usually difficult to produce a crop out of season as the oxalic acid in the leaves migrates to the stems in cold weather possibly resulting in illness. This variety has lower than normal levels of oxalic acid.

Red Champagne  -  this gives a good crop of rosy, tender, sweet stems in May, but can be forced to produce in March.

Timperley Early  -  a good old favourite with a good flavour which can be forced into production in February; it usually crops in late April.

Serve with rosti potatoes and a selection of steamed vegetables.