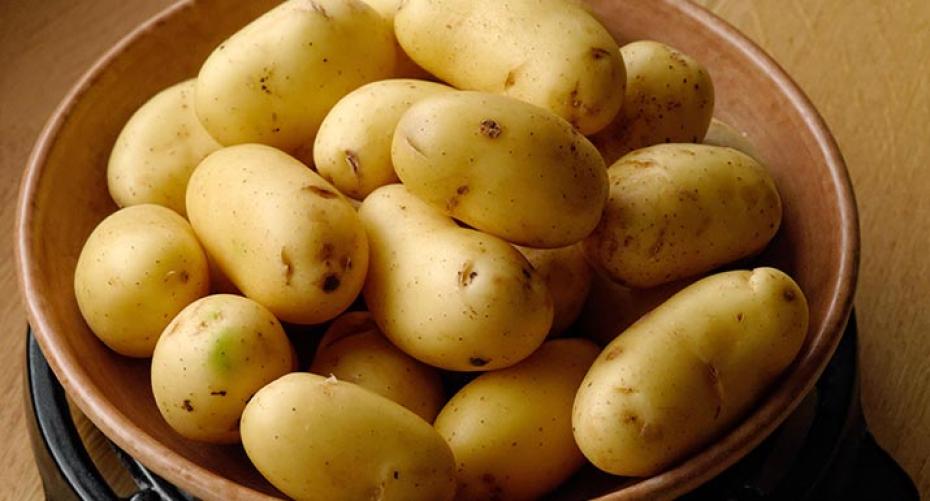 How To Grow Potatoes In Containers

Having no garden doesn't mean you can't have delicious new potatoes

Whilst there are plenty of people with the space to grow potatoes in their garden there are many whose garden is either too small or more ornamental & others that only have a back yard, patio or balcony. Growing potatoes in a container offers you the chance to ‘grow your own’ in a small way without having a vegetable plot. It also offers certain advantages because you will avoid the problems of soil-borne pests & there is a lot less digging involved!

Although you can use any container that has drainage from buckets & sacks to columns of old tyres, you may want to keep your space attractive by dedicating an old flower pot to the job as long as it is at least 30cm (12”) tall & wide. There is also no reason why it shouldn’t form part of a summer display, grouped with flowering plants. You can even try different varieties in separate pots & try varieties that crop at different times of the year.

Potatoes are usually described as early, second early & maincrop. This gives you some idea of how late in the year they will crop, the longer they take to mature, the larger they will be & the more space they will require. If you are growing them in a container you will have less space available so are better sticking to early varieties. Some possible earlies which all have RHS AGM awards include:

February to March is a great time to start with early cropping varieties but before the seed potatoes can be planted they need to be chitted. This just means that they need to be started into growth which involves placing them in a supportive container, such as an egg box, with the majority of their ‘eyes’ facing upwards. Place the container somewhere cool & light where they will produce green shoots from the ‘eyes’. When these are about 1.5-2.5cm (0.5-1in) long the potatoes are ready to plant. It will take about 6 weeks to get to this stage by which time temperatures will have had a chance to warm up.

Place some drainage material in your container, broken crocks or polystyrene packaging material is ideal, and then add about 10cm (4”) of multi-purpose compost. Space out your chitted seed potatoes on the compost with their shoots facing upwards then add another 10cm (4”) of your compost mix being careful not to break any of the shoots, water in & leave in a sunny position to grow. Check your container regularly & as the foliage starts growing up through the soil gently add some more compost until only the top couple of inches is uncovered & repeat this until you get to the point where the compost is just below the rim of the container.

Keep watering & feed a couple of times with a liquid feed until the potatoes are ready to harvest. If the plant gets very leggy you can cut out the growing tips so the plant is using its energy on the potato crop rather than on topgrowth. The first ones will be ready in about 10 weeks soon after the first flowers appear so you have the option of a little experimental digging with your fingers or leaving them alone until the foliage starts to die down when you can tip out the whole container & harvest your spuds. They don’t really keep well so if you find you have too many it would be best to harvest them gradually in future, leaving some until the foliage has died down.

This is the moment you have been waiting for & is especially exciting for kids. Clean off the soil, boil & serve with butter & a sprinkling of parsley or chives – a great accompaniment to a salmon fillet topped with sweet chilli sauce baked in foil in the oven!