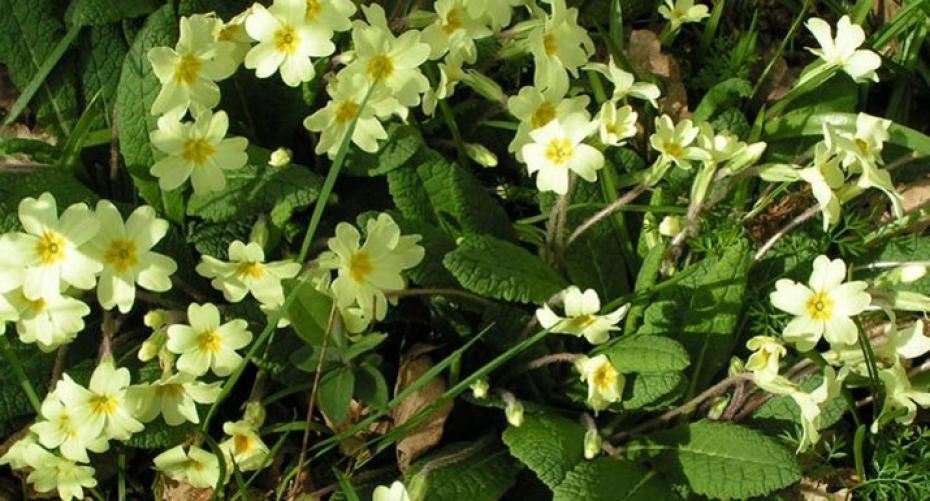 How To Grow Perfect Primroses

Wild primroses, Primula vulgaris, a sign that spring is here at last

There is no better sight than a clump of primroses to banish the winter blues on a warm spring day; the woodland garden is looking its best and summer is just around the corner. The common English primrose, Primula vulgaris, is from the diverse Primula family of plants, which include cowslip and oxslip. It is typically pale yellow, but occasionally pale pink and white forms occur. It is a perennial plant native to western and southern Europe. The flowers are delicately scented, with both flowers and leaves being edible.

It was named in Medieval Latin; Prima rose, or first rose. It was voted the county flower of Devon in 2002. The 19th April is designated National Primrose Day to commemorate the death of British Prime Minister Benjamin Disraeli. It was his favourite flower and a wreath of primroses was sent to his funeral by Queen Victoria. The leaves are an important food source for the rare Duke of Burgundy butterfly.

It typically flowers from March to May, occasionally in December if the winter is mild. It is most commonly seen in open woodland,at the bottom of hedgerows and occasionally in damp grassland. The removal of plants in the wild is illegal under the 1981 Wildlife and Countryside Act.

It is an invaluable plant in the garden as part of a woodland or cottage garden; thriving in a damp shady position. It likes being lightly shaded during the hottest summer months. They also look superb planted in an orchard or under a mixed deciduous hedge. They are available in garden centres as seeds or as plants in winter and spring. They are easy to propagate either by sowing seed or by division. Dividing a large clump every 2 or 3 years keeps it healthy and more likely to flower well. Wait until it has finished flowering then carefully dig the clump up and pull into smaller pieces; plant in a position similar to where it has been growing. Sow seed as soon as it is ripe as if it is stored poorly it loses viability. Spread thinly on the surface of a 50/50 horticultural sand and compost mixture. Place in a semi-shaded position and don’t allow to dry out; keeping just moist. There is a huge variety of colourful hybrids available, both single and double flowered.

Try planting at the front of a border with short flowered tulips (make sure they flower at the same time as the primroses), forget-me-nots and hyacinths. They also look stunning around the base of the white barked Betula utilis var. jacquemontii (Himalayan Birch) along with purple hyacinths and the lime green of Euphorbia amygdaloides var. robbiae.