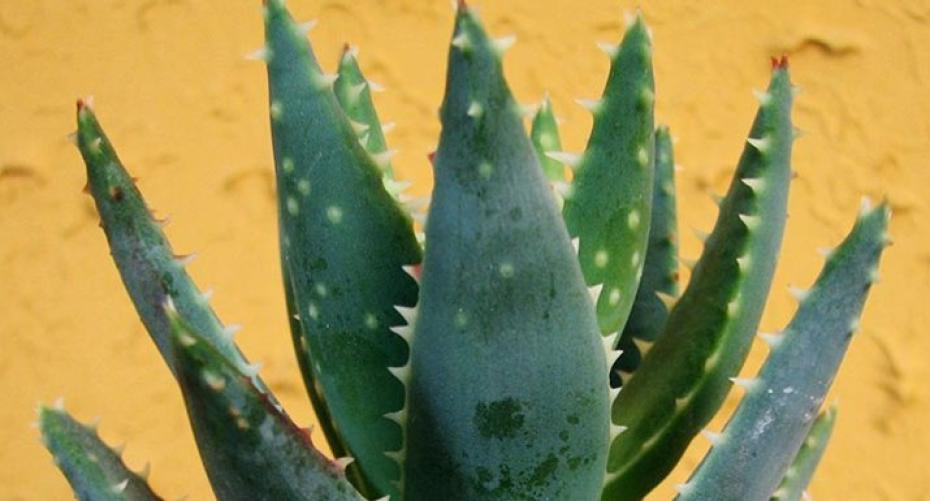 How To Grow Aloe Vera

The aloe has been widely used as a herbal treatment for thousands of years, with the earliest recorded use being from the 16th century BC. It was known as the ‘plant of immortality’ and put into the tombs of Egyptian pharaohs 6,000 years ago. It is widely grown throughout the world and used in the pharmaceutical industry. It is commonly thought to soothe, moisturise and heal burns, sunburn, frostbite, cold sores and insect bites. It is sometimes ingested as a medicine but it is not recommended as it can be toxic if consumed. There is no scientific evidence to support any of the medicinal claims, but it is still widely used to treat burns.

It is a thick, fleshy leaved succulent and can only be grown inside in the UK as it needs full sun and fairly warm conditions. It requires only a little water and  loam-based, free-draining compost with added grit. Let the compost become dry before watering. It is relatively pest free. It freely sends up off-shoots which can be separated from the parent plant and potted up. Keep on a sunny kitchen window-sill so it is handy to treat burns. Just cut the tip off one of the leaves and apply to the burn; the cut leaf will soon callous over.