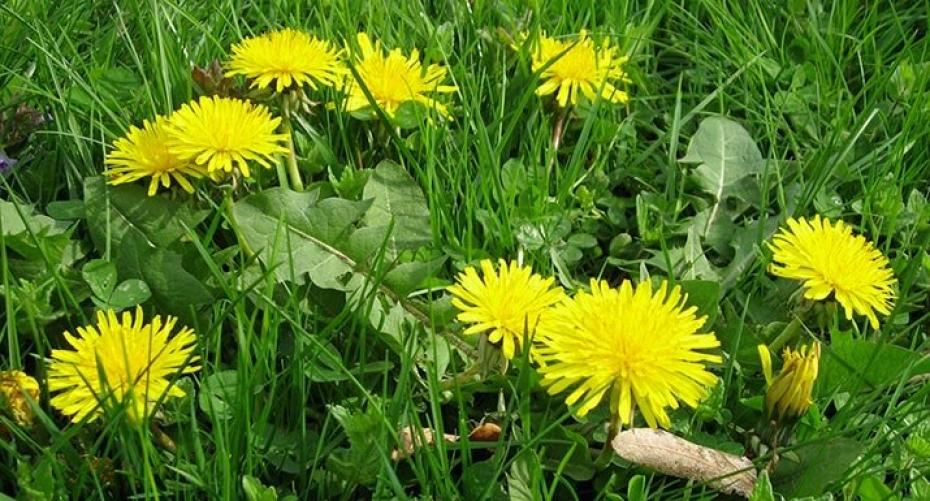 How To Get Rid Of Tough Weeds

Tough weeds are a constant battle for gardeners

Pernicious weeds are extremely tough to get rid of and involve a lot of back-breaking digging or repeated applications of weedkiller.

Hand digging or pulling; this involves the removal of all the roots as even a little left in the ground will re-grow. Carry this out before the plants set seed. You may have to repeat this process over a period of several years. Don’t add the weeds to the compost heap; they can be left in a bucket of water until they have broken down (very smelly!) and then added to the compost or put into a plastic bin liner and left for a year until broken down then added to the compost heap. Do not use either of these methods if you have cut them down after they have set seed as they could still be viable.
Covering with plastic; cut the weeds back then cover the area with thick black plastic and leave for at least 2 years. The unsightly plastic can be covered with chipped bark or stones and pots of plants to give some colour until the plastic can be removed.
Burning; if the infestation is only over a small patch, burn them with a weed wand and gas canister. Only use this method on a calm day and not when there are children or animals present.

Weedkiller; use a glyphosate based weedkiller, as this is neutralised on contact with the soil. Use on a still day to minimise any drift onto other plants. Cover precious plants with plastic, uncover only when the weedkiller has dried. Use in mid-summer when the plant has the maximum number of leaves, and in the evening when the plant will absorb more of the weedkiller. You may have to repeat the application in September if there has been some re-growth.

A rapid growing climber with white trumpet-like flowers which soon strangles other plants. The flowers are loved by butterflies. As it scrambles through other plants it is difficult to spray, so if possible un-twine it and lay it out on a piece of plastic before spraying.

If left these will soon make a dense stand of tangled stems, which are quite vicious. They will weaken with repeated cutting, but will take several years to eradicate. On the plus side they produce a delicious fruit and are a valuable nectar source for insects. These are too strong to be covered in black plastic so will have to be hand pulled or sprayed with weedkiller.

This spreads quite rapidly by creeping rhizomes so if digging out make sure you get all the roots out. If pulling out by hand make sure you wear gloves as the sap can burn.

A perennial weed which multiplies by seed dispersal, often by children telling the time with the dandelion clock. They have a yellow flower which turns to a white fluffy seed head. This weed is not all bad as the leaves are good in a salad or wilted as a vegetable; also good for rabbits. The flowers are an important source of nectar for insects and butterflies. The deep taproot brings up nutrients and makes them available to shallow rooted plants; it also adds minerals and nitrogen to the soil. If the deep taproot is broken when weeding it produces more plants. There is a specific dandelion weeder available from garden centres.

A tough leaved perennial with reddish brown flowers which multiplies by setting seed. It has deep roots which re-grow if left in the ground.

A huge plant growing over 3m (10’) in one season, with clusters of tiny white flowers which resemble Cow Parsley. It has thick, ribbed hollow stems. The sap burns and can cause blindness if it gets into the eyes. Pull young plants when they are young, or cut older plants before they set seed; burn the cut vegetation. Always wear gloves and cover any exposed skin, especially the eyes. Spray the young foliage in May and again in August or September if it re-grows.

A spreading perennial which forms a dense mat smothering other plants. The white flowers resemble the flowers of the Elder tree after which it is named but bears no relation. Repeated mowing large patches eventually weakens the plant, which can then be covered with black plastic.

A relative of the Busy Lizzie growing rapidly to 2 – 3m (6 – 10’), it was first introduced into the UK in 1839 as an ornamental garden plant. It has purplish pink flowers and is capable of shooting its seeds up to 7m (22’). Any control will have to be carried out over a period of 2 – 3 years as there could be dormant seed still in the ground.

This is a fast growing weed, reaching a height of 2m (7’) in a season. Cut every 2 – 4 weeks as soon as the new shoots appear, you may have to do this for 3 – 4 years. If you dig up the rhizomes they must be taken to a licensed waste disposal site as they are classified as ‘controlled waste’ under the Environment Protection Act of 1990.

It resembles pine needles. The roots can be 2m (7’) deep so can be very difficult to dig out. Cut off as soon as it appears, but it can take years to eradicate. If spraying bruise the stems first, by trampling or bashing with a fork, this allows the weedkiller to enter the stems instead of just running off.