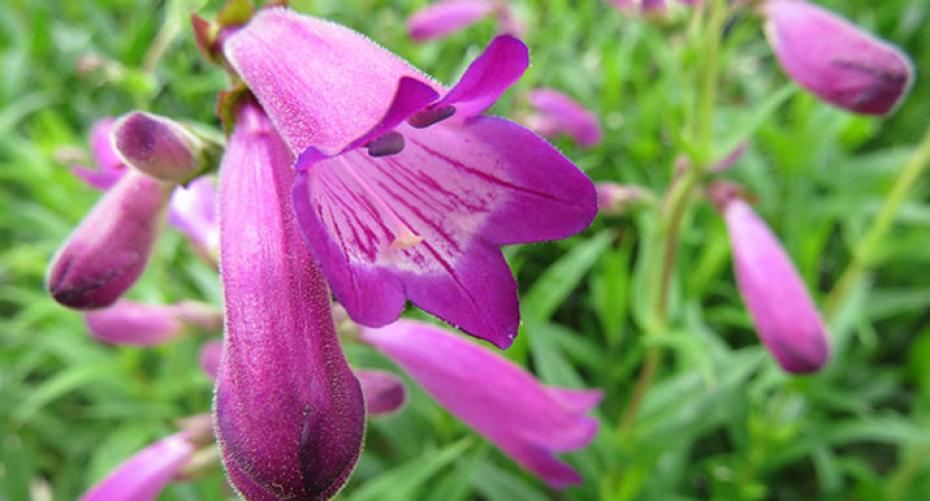 How Do I Grow Penstemons?

Enjoy a fantastic show all summer in the herbaceous border

Penstemons are one of the best value herbaceous plants as they will flower from June until well into autumn and also make lovely cut flowers. They have masses of spikes of small foxglove-like flowers in a huge range of colours, except yellow which is very rare, which are loved by the bees. There are about 250 - 275 wild species but the majority of our garden hybrids are bred from species originating in North America. Most of them are deciduous perennials but there are a few semi-evergreen. They can be borderline hardy so it is recommended that you don’t cut them back after flowering but wait until late spring when there is less chance of the new shoots being nipped by frost. Generally the hybrids with the narrower leaves are the hardiest, becoming less hardy with increasing leaf size. They are not long-lived perennials, after a few years they will start to lose vigour, but they are easy to propagate from shoot tip cuttings.

They need well-draining but moisture retentive soil in full sun. They will stand a little shade but may not produce as many flowers. If you have heavy soil then they will be happy in a container.

Add some general purpose fertiliser, such as Growmore, blood, fish and bone or pelleted chicken manure to the planting hole. If you have light sandy soil add some good quality peat-free compost, well-rotted farmyard manure with a good straw content or some home-made compost. Plant about 45cm (18”) apart. If planting in a container cover the drainage hole with a piece of broken crock to prevent it becoming blocked with silt. Fill with John Innes No 3 loam-based compost.

Keep well watered for the first year after planting thereafter they should be able to find enough moisture, but may need watering in a prolonged dry spell. Feed with a general purpose or rose fertiliser in spring, then give them a boost with liquid seaweed in late summer, this will encourage them to flower well into the autumn. Leave the dead foliage on the plant over winter and mulch with some compost or leaf mould to protect the crown. Cut the foliage off in late spring. If there is a frost forecast after it has produced new growth just protect with some horticultural fleece. The key to keeping them producing well into autumn is regular deadheading, just cut them back to the next pair of leaves which are producing new shoots from their leaf axils.

Just cut off the top 10 – 15cm (4 – 6”) of a non-flowering spike, remove the bottom leaves and insert 3 – 4 around the outside of a 10cm (4”) pot filled with good quality cutting compost. Fasten a plastic bag over the top, taking care that it doesn’t touch the cuttings. Place in a frost-free, light position until they have rooted then you can remove the bag and gently harden off. Place in a cold frame or frost-free greenhouse over winter then grow on in pots until they are large enough to plant in their final position.