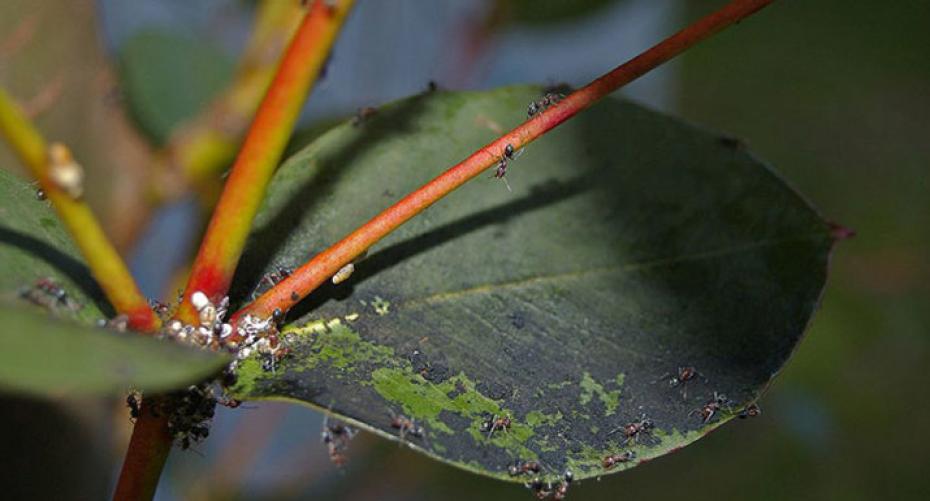 How to deal with sooty fungus

This mould can block sunlight and seriously retard plant growth

Image above courtesy of Bidgee

If the leaves of your plants are covered in a black powdery substance which can be rubbed off then you have sooty fungus (mould). More often than not this develops when the plant is infested with insects, usually aphids, scale insects or whitefly. These insects suck the sap from the plant then excrete a sugary substance on which the fungus grows. Plants most commonly affected are evergreen shrubs with shiny leaves, most commonly Azaleas, Camellias, Gardenias, Laurels and Rhododendrons. Sometimes Citrus will exude a sugary substance which also attracts the fungus.

The fungus does not feed directly off the plant but a heavy covering will eventually weaken the plant due to the fact that it blocks out the sunlight which the plant needs in order to photosynthesise and grow. It is most common in a woodland setting where there is high humidity and poor air circulation. The honeydew can also attract ants but these are unlikely to cause any damage to the plant.