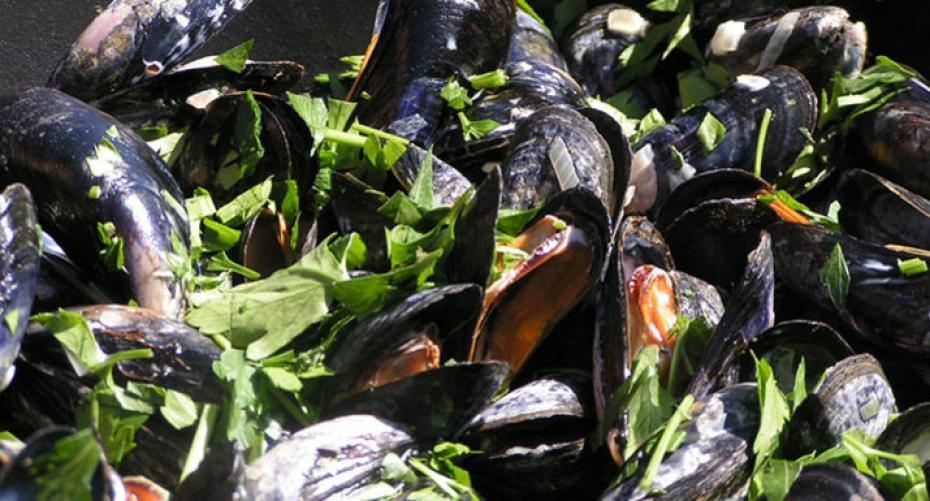 How To Cook Moules Mariniere On The Weber Genesis II E310

Moules mariniere is such an easy dish to cook on the barbecue, it just takes a few minutes prep beforehand but only 5 minutes or so to cook. It makes a great sharing dish as a starter. Richard Holden, top UK BBQ chef, shows you just how easy it is to do in this video. We have cooked it on the Weber Genesis II E310, using the Dutch oven which is part of the Gourmet Barbecue System (GBS).

Light all the burners on a low heat, gently melt the butter in the Dutch oven and soften the shallots and garlic, they want to be soft and translucent not caramelised. Add the bouquet garni and the cleaned mussels, make sure they are all intact with no chips out of the shell and no open shells.

Stir around for a minute or so then add the white wine, turn the burners up a little until the wine is just simmering. Place the lid on the Dutch oven, this creates a nice steamy atmosphere in which to cook the mussels. Close the lid on the BBQ and leave for a couple of minutes, shake the mussels and close the lid on the BBQ again for another couple of minutes. Give another shake and if the majority of the mussels are open then they are ready to come off the barbecue. Place the Dutch oven onto a trivet and remove the bouquet garni. Stir through some cream and the chopped parsley, serve in a big sharing bowl with fresh crusty bread. Don’t eat any of the mussels which have not opened.