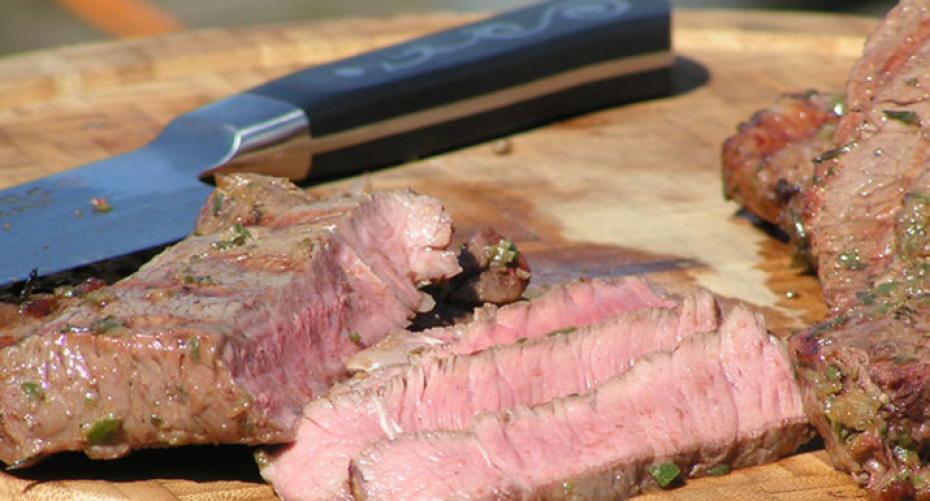 Again this recipe is really easy as all the work is in the marinade which can be done beforehand and the steaks left in it for an hour before cooking. This marinade really adds a little something extra if you want a change from a plain steak.

Pre-heat the Traeger to grilling temperature.

Place the marinade ingredients into a food processor or blender and whizz together to form a smooth paste.

Spoon the marinade into a shallow dish and coat the steaks on both sides, we used rump. Cover and marinate in the refrigerator for up to 1 hour or overnight for extra flavour.

Pre-heat the grill to a grilling temperature and cook to your preference:

The knife used in the video is new to The Barbecue Shop; it is by I O Shen and should stay sharp, with normal use, for about 18 months. When it does need sharpening just return it to the manufacturer who will sharpen it for you.

Serve the steaks with a green salad and crusty bread or hasselback potatoes with garlic and cheese. I think we were all in agreement that the marinade didn’t have enough of a jerk ‘kick’ but it was still delicious. It maybe could do with another chilli and a little more garlic, but once you’ve tried the recipe you will be able to adjust it accordingly in future.