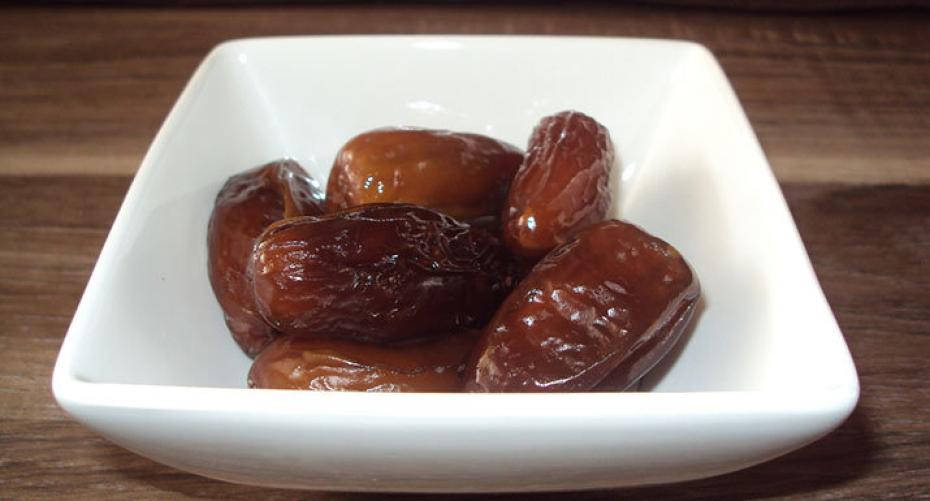 How About A Date?

Dates are not just for Christmas, try in a tagine, chutney or in scones

Dates (Phoenix dactylifera) are widely cultivated in tropical and sub-tropical regions with production concentrated in the Middle East, Egypt in particular being the largest producer. They can reach a height of 23m (75’) and be either single stemmed or multi-stemmed. They have been a staple foodstuff of the Middle East and Indus valley for millennia, with archaeological evidence for them having been cultivated for about 8,000 years; although there is evidence in the fossil record that they have existed for approximately 50 million years. They were thought of as the ‘fruit of paradise’ in Islam.

In the Middle East they are mainly eaten fresh but here in the UK we usually just have the dried fruits. Fresh fruits should be moist, plump and glossy and even the dried versions should be fairly moist and plump, not dry and wrinkled. The medjool variety are the best, superior flavoured dates for snacking, but also the most expensive whereas the deglet noor are most commonly dried and found in supermarkets. It is thought that they became associated with Christmas as they are ready to harvest at this time of year. They first came to the UK as an expensive, exotic dried fruit and only available to the rich. They were only available at Christmas and used as a dried sweetmeat or incorporated into cakes, but now as we are embracing world cuisines they are used all the year round and also incorporated into savoury dishes. Here in Cumbria they are most familiar as an ingredient in the famous Cartmel Sticky Toffee Pudding (watch the video where Richard Holden, the BBQ chef, shows how to bake the pudding on the BBQ).

In the wild they are wind pollinated but the commercial crops are hand pollinated to ensure a maximum yield. The dates themselves are used in sweet and savoury dishes and as a snack, particularly the dried fruits. Try stuffing the stoned dried dates with soft blue cheese and wrapping in wafer thin Parma ham to serve as an appetiser. The leaves are used in Palm Sunday ceremonies and also for rope, baskets, traditional dwelling and even as fishing boats. The wood is used for posts and rafters for huts and the seeds have a range of industrial uses from animal feeds to cosmetics and soap.

They are a really rich source of potassium, boron, cobalt, copper, fluorine, manganese, zinc and selenium. They help prevent osteoporosis, their high iron levels guard against anaemia and their organic sulphur content helps reduce allergies. Immune system boosting nutrients are also present as are those responsible for lowering blood pressure. There is also research on-going which suggests that they could help in the fight against cancer as they contain beta D-glucan which has been shown to reduce the growth of tumours in animals. They have high levels of antioxidants which are the chemicals responsible for keeping cell damaging free-radicals in check. All in all they are really good for you as part of a balanced diet, but the downside is that they are high in calories so if you are watching your weight make sure you don’t over indulge.

Try this chutney with cheese and crackers at Christmas; the recipe makes about 1.5ltrs (2½pts).

For more information, hints and tips on making the festive season more enjoyable just go to our youtube channel for BBQ recipes, how to decorate your house at Christmas and much more.