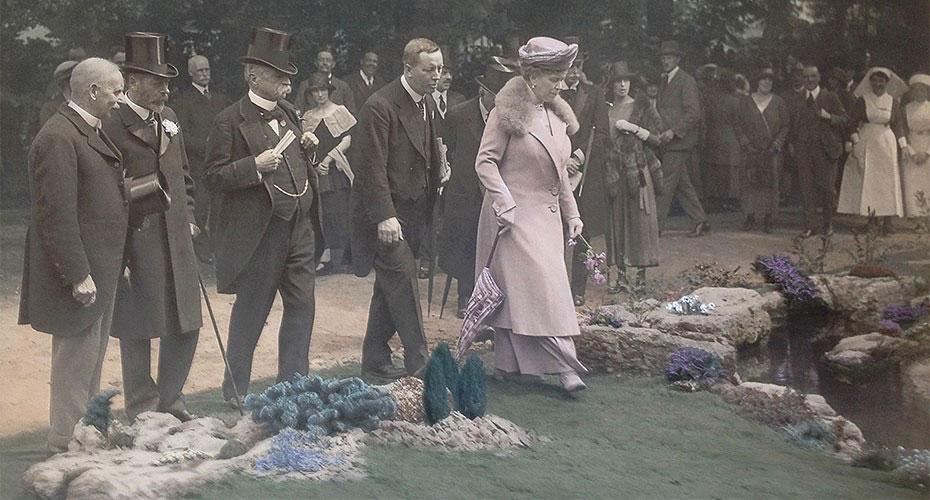 The History Of Hayes Garden World

A Proud and Prestigious Pedigree

A proud and prestigious pedigree indeed! Over 200 years of horticultural heritage, business acumen and public service all contributing to our credit. Five generations, of the Hayes family have been involved in the gardening trade.

Of the first Hayes generation two brothers, sons of a humble farm labourer went into the gardening business, at Ambleside, in the early 19th century. This was a time when the Lake District was getting more and more popular as a tourist destination. Attractive grounds were therefore important assets for inns and the new hotels. Thus gardening was a growing business, at that time, in more ways than one.

Another brother, Thomas, was actually the next door neighbour of William Wordsworth, the Lake District's most famous son, at Rydal.

Thomas went into gardening himself, as did his son. His grandson, Thomas Richard, did also and made some outstanding contributions to horticulture. He especially excelled in the field of rock and water garden design.

Amongst his many commissions was the creation of a Japanese water garden for Lord Lonsdale at Lowther Castle in 1904. For that, he had trees imported from Japan. Pools, curving bridges and statues of water birds also creatively graced that garden.

At another Lake District garden, to form a backcloth, he evolved a winning way of moving mature pine trees.

The Dutch borders and rockery at Sizergh Castle, near Kendal, were his and his staff's work and still grow gloriously.

The design of some of the most famous and distinguished gardens of the Lake District and elswhere have been Hayes' creations.

Thomas Richard was well known for his innovative exhibitions at flower shows throughout the country. In 1924, at Chelsea, he received royal recognition, for a crowning garden design, when he had the honour of presenting it to King George V and Queen Mary.

This was not his first connection with the monarchy, either. As a young man, thirty seven years earlier in 1887, he had created the bouquet for Queen Victoria's Golden Jubilee.

In 1921 he opened our present site, which was originally known as "Lake District Nurseries".

Garden Centres originated in the 1960's and we became one at that period. Since then our success has been such that we have never looked back.

The change ushered in an attractive architectural expansion which over the years has become the "Hayes Garden World" that exists today. Our renowned "Crystal Palace", a proud and prestigious example of that attractiveness, was opened in 1987.

An expansion in the type of stock we carry was also in evidence as we moved into leisure and lifestyle products.