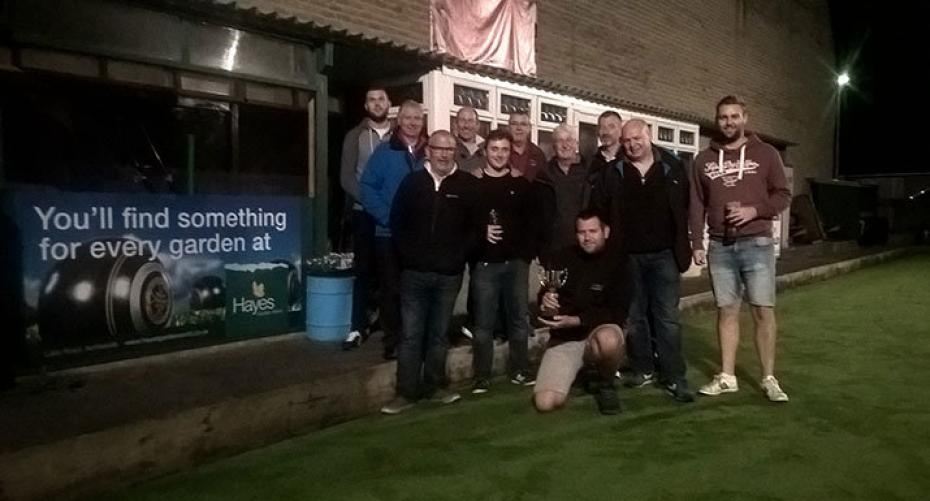 2019 Update  -  Victoria A team took the title this year in the Hayes sponsored Floodlight Bowling League with an 8 - 2 win over Holme A. Two members of the Victoria A team are Hayes staff; Paul Crossland and Yvonne Gregory who both work in the Outdoor Plant department.

Hayes Garden World were delighted to sponsor the 7 teams which made up the 1st Division of the Floodlight Bowling League competition at Victoria Bowling Club in Kendal. Fourteen clubs took part in the fiercely fought competition, with the Cumberland Building Society sponsoring the 7 teams in the 2nd Division. The competition took place in October with all the clubs coming from the surrounding area; Lindale, Windermere, Holme, Heversham, Sedbergh and Staveley along with several from Kendal.

The trophy was presented by Paul Crossland, himself a keen bowler, on behalf of Hayes Garden World.

Paul Crossland (pictured centre) presenting the trophy to Holme A

Congratulations to the eventual winner Holme A who won by the narrowest margin of one chalk.

Runners up were Victoria A.