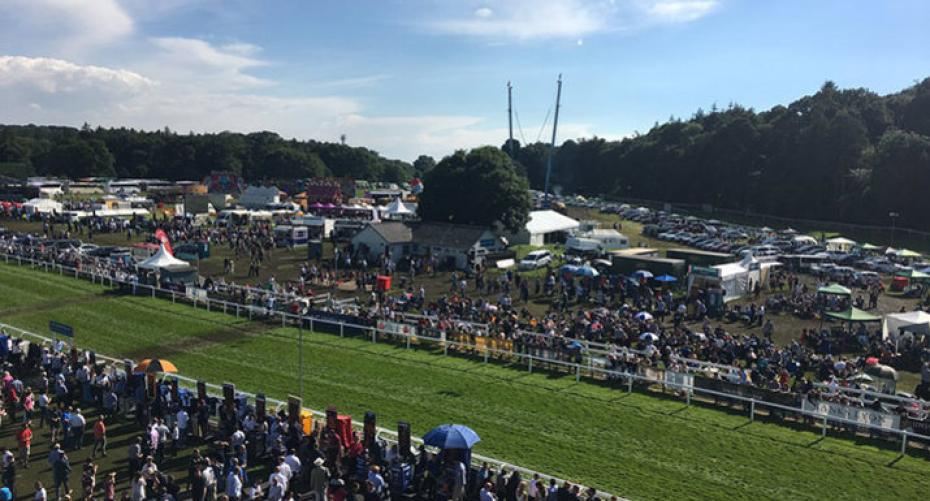 Hayes Clean Up At The Races

BBQ team cook up a storm at Cartmel race meeting

The Barbecue Shop at Hayes Garden World set up stall for the first time at Cartmel Racecourse’s BBQ weekend race meeting on Saturday 22nd July and Monday 24th. Richard Holden, top UK BBQ chef, was on hand to show punters how to cook the perfect pizza, hot smoked salmon, beer can jerk chicken and of course his take on the famous Cartmel sticky toffee pudding. The Traeger team were also cooking throughout the day giving out food and answering any queries, with their smokers proving very popular.

The prize for The Barbecue Shop at Hayes Garden World Handicap Chase was presented by our own Ian Hodgett, Barbecue Shop manager and co-star of our numerous BBQ videos for our ‘youtube’ channel. The race was run at 4:50 on the Saturday over 5046m and won by No 4 Don Franco ridden by R. Johnson and trained by S. Crawford. Second place went to No 2 Bafana Choice ridden by B. Hughes and McLaren Vale ridden by Rachel Blackmore was in third place. Richard Holden chose the best turned out horse, No 10, Trouble in Paris, which unfortunately came in 5th.

In spite of the team not being the best at picking winners they all had a great weekend and enjoyed meeting everyone, so a big thanks to all of you who stopped by to say hello and we’ll see you next year with an even bigger and better stand.

If you liked what you saw at the meeting or just need BBQ advice in general why not pop into store and have a chat with The Barbecue Shop team.