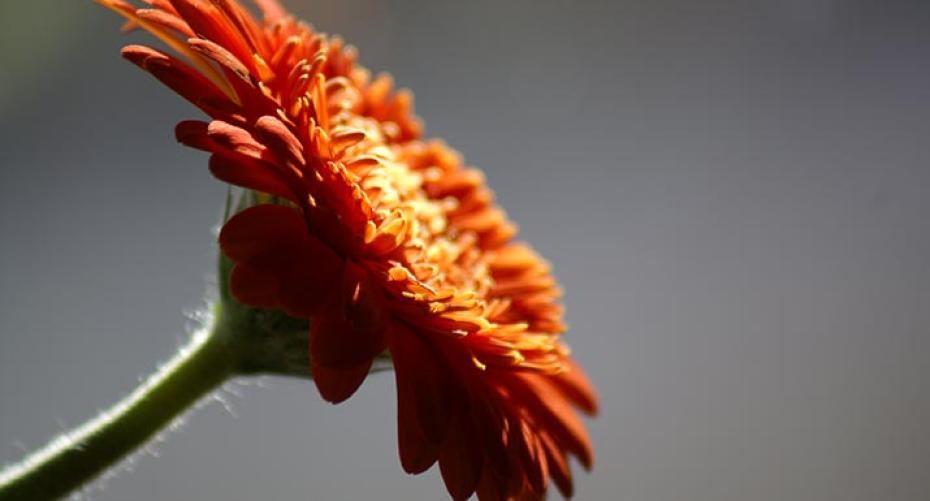 Worry about the detrimental effects on the environment by pesticides and chemical fertilisers has made many gardeners turn to more nature friendly horticultural methods. One of these is the practise of companion planting.

A plant that benefits another is known as a companion plant, thus when you place beneficial plants together that is known as companion planting. All over the world it has been practised by man with the knowledge gained through centuries of horticultural and agricultural trial and error. In china the mosquito fern has been used for the last 1,000 years as a companion crop to rice. Nature has also practised the art through evolutionary trial and error as certain plants in the wild will often thrive better when growing together.

Amongst the benefits a companion plant may give are:

Repelling predatory insects and other organisms

Both French and African Marigolds are regularly used as companion plants & research has shown that they suppress plant-parasitic nematodes (very destructive microscopic roundworms which can seriously damage or kill plants). A substance called alpha-terthienyl is released by the flowers which reduces the populations of nematodes and other pests in the surrounding soil. They are often grown together with crops as companion plants but sometimes grown as ground cover, to reduce nematode populations, prior to planting the crop.  Amongst the plants that marigolds protect are, potatoes, lettuce, tomatoes, beans and roses.

Garlic, believe it or not, also protects roses, as do other members of the onion family. It is also used as a companion plant to apple trees, peach trees and tomatoes. It is a natural fungicide and pesticide and both the wild and the cultivated varieties can be utilized. Planted beneath an apple tree it protects against apple scab, under a peach tree against leaf curl, near tomatoes against red spider mite and mosquitoes avoid areas where it grows. As for roses, it is reckoned that the pungent odour of garlic acts as a repellent to aphids, thus saving them from attack.

Although clumps of garlic have been planted beneath roses for a long time, many are sceptical about the practise. A neighbour, of mine, for instance, dismissed it as an old wife’s tale which in a way is understandable as we don’t associate roses and garlic. Imagine the reaction a gentleman would get if he took his lady a rose, on Valentine’s Day, whilst smelling of garlic? Perhaps nature has her own ideas of romance amongst her creations, but to most of us, roses and garlic as companion plants, are definitely an example of the attraction of opposites.

Not only do some companion plants attract beneficial insects that will eat predators but they may also attract pollinators to plants that need them such as fruit trees. Clematis, climbing up an apple tree and lavender, planted around the roots of a pear tree, will both bring in pollinators. Basil is just one example of a plant that attracts bees and it also repels aphids making it a good companion to tomatoes, asparagus, parsley and apricots.

Acting as a decoy

Some plants are used as decoys to attract organisms which would otherwise attack their companion plant. When one of these decoy plants becomes infested with the predatory organisms, which will often accumulate on mass, it can then be removed and destroyed along with the predators. Nasturtiums, which attract aphids and other destructive insects away from their companions, are a good example of a companion plant and are often used in vegetable gardens. They make good decoy companions for apples, cabbages, cauliflowers, broccoli, brussel sprouts, kohlrabi, turnips, radishes, cucumbers, and courgettes. They also add colour to the garden which is an additional attraction. It is worthwhile using plants that not only do good but look good as well.

Some plants such as the legumes (e.g. peas and beans and clover) can increase the available nutrients in the soil because of the beneficial relationship they have with nitrogen-fixing bacteria.

This is the microbiological process by which this occurs:

In simpler terms a legume functions as a companion plant to other plants growing nearby because it enriches the soil. The nitrogen compounds remain enriching the soil after the legumes are harvested.

The physical presence of a plant may bring advantages to others growing around it by making it possible for them to grow in an area that would have been otherwise unsuitable. For example a large plant with broad leaves, used as a companion, can provide the low light levels required by a small shade lover without any competition. Also plants with deep roots can grow happily alongside shallow rooted plants because they are taking water and nutrients from different levels in the soil.

An extra-special benefit that has been claimed to occur, when companion planting is done with some vegetables and herbs, is an improvement in taste. Basil grown with tomatoes is reputed to turn the latter into a connoisseur’s treat. If that was widely known, market gardeners could advertise tomatoes that were grown adjacent to basil as “Basil Blessed” to tempt the customer knowing that she or he would be in for a tasty treat.

Unfortunately the other side of the coin is that some plants just don’t go together. These include plants that will restrict the growth of others through competition for nutrients and those whose odours or chemical by-products are incompatible which includes combinations of apples and potatoes, carnations and hyacinths or cauliflowers and strawberries.

Lists of companion plants, both good and bad can be easily found on line and in books, some are rather detailed and off putting. A more practical method is to discover which plants make good or bad companions to the ones you already grow in your garden. At Hayes Garden World we will gladly offer you our expertise in that direction.

Allelopathy is a term which you are most likely to come across if you practise companion planting. It refers to the phenomenon where the release of biochemicals by an organism influences the growth, reproduction & survival of another. Marigolds inhibiting nematodes is an example of alleopathy. The results have been observed & learnt through collected gardening knowledge & explained later by science.

Here it is worth mentioning that companion planting is similar and has also been learned through years of gardening lore. There is a general consensus on which pairs of plants make the best companions, however sometimes the exception proves the rule and there is no guarantee they will work every time. Variables such as climate, soil condition and the time new plants take to adapt can influence results.

There have been both successful and unsuccessful tests done with companion planting. Marigolds, as indicated before, have been shown to be effective with nematodes. On the other hand, some in the scientific community seem too ready to dismiss companion planting as being difficult to prove. No one ever claimed that a garden should function as a laboratory but for many, centuries of gardening know-how are better proof of the validity of companion planting than a few experiments.

Still we have to be conscious of the fact that we do live in a scientific age and to claim something is scientifically proven does have a strong influence on public opinion. That said, plants are living things and a garden is a living environment. They are more than their chemical components and to look at plants just in terms of their chemicals is to have a reductionist view of horticulture. With that view the poetry of living plants is lost, dismissed as unimportant or never considered, making it justifiable to argue that the use of pesticides and chemical fertilisers is more efficient than companion planting (at least in the short term) as they bring faster results.

Maybe scientists, who have been schooled in reductionist thought, would benefit horticulture by developing green fingers themselves. The added, or companion viewpoints, would help scientific horticulture to become a more wholesome or holistic rather than reductionist discipline. That is good for gardening!

The poet and naturalist Goethé saw poetry in the science of plants. He had a point, the best science is poetic. Einstein certainly indicated that! Science is robotic and cold without it. That is bad for gardening!

Good luck with your companion planting!