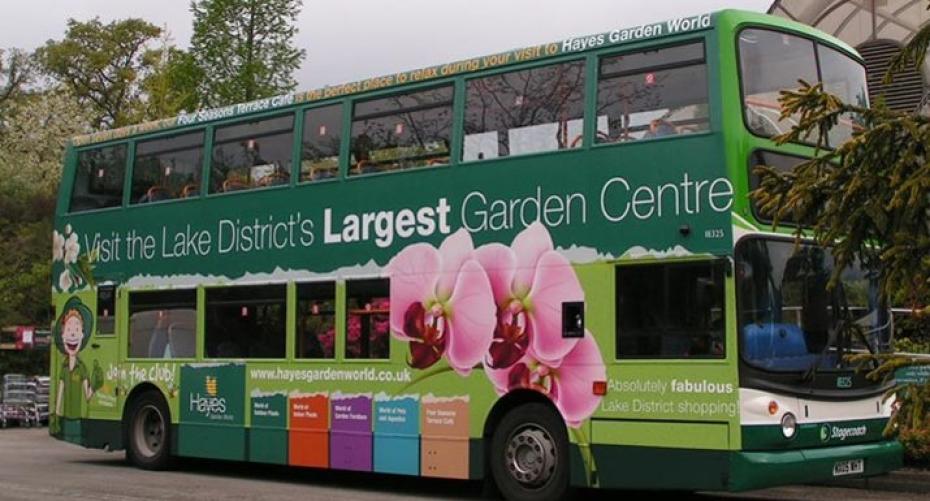 Catch the Hayes bus which has recently been launched. It is unmissable as it is decorated with all the things for which Hayes is renowned. A bus decorated in the Hayes colours was first commissioned in 1984 to celebrate Hayes involvement in the International Garden Festival held in Liverpool. There have been several decorated buses since that date.

The latest version promotes our many services including: the Four Seasons Terrace Café and the Budding Young Gardeners Club in the form of a cheery Gary the Gardener. There are outdoor plants represented by dahlias and spring blossom and you cannot fail to miss the huge Phalaenopsis orchid, which is one of the most popular house plants that we sell.

The bus, operated by Stagecoach, will be running through the heart of the Lakes on the 555 Keswick to Lancaster route, so it stops right outside our front door about every hour during the garden centre opening times, except Sunday.