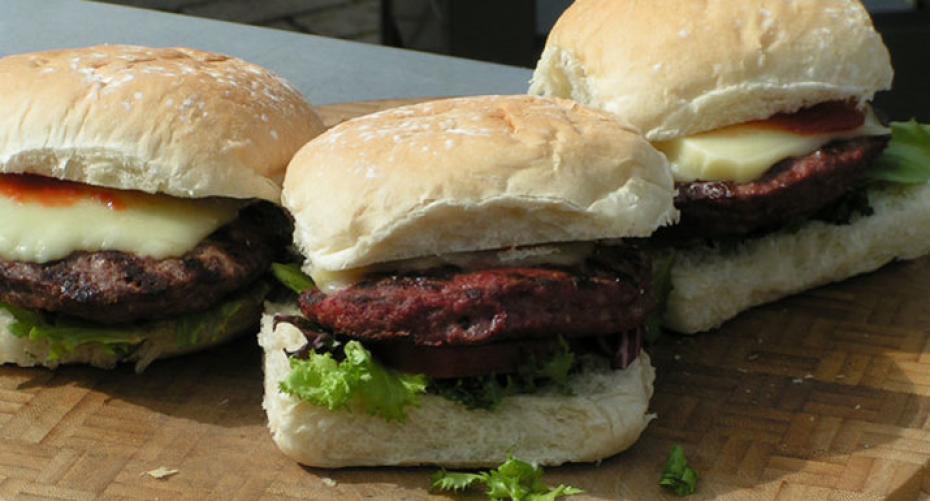 Unsure which BBQ fuel is for you? Watch the video for inspiration

We put three different BBQs up against each other by cooking the same standard burger on Weber BBQs using the 3 different cooking fuels; electric, gas and charcoal. The BBQs we used were the new electric Pulse 2000, the new gas Spirit II E-310 and the old favourite, the 57cm charcoal MasterTouch, which we fuelled with lumpwood charcoal. The burgers were made from porterhouse steak and sourced from Honeywell butchers which rate the provenance of their locally sourced meat of supreme importance. If you are making the burgers fresh yourself with good quality meat which has provenance you can cook them medium-rare but if buying them from the supermarket you are advised to cook them to 75C which is the safe temperature for cooked food, just remember the slogan ’75 staying alive’. Watch the video shot in our Outdoor Plant area with Richard Holden, one of the UK’s foremost BBQ chefs, and Ian Hodgett from our own Barbecue Shop.

All three BBQs were pre-heated to about 250C; the Spirit had a higher grilling temperature on the left-hand side and a lower roasting temperature on the right. We used lumpwood charcoal on the MasterTouch which is ideal for a short cook as it doesn’t burn as long as the briquettes; similarly it was set up with an indirect cooking area of approximately 70/30 indirect/direct. The Pulse 2000 has 2 elements so one was turned up higher as an area of direct heat. We needed the areas of indirect as if the burgers sear too quickly over the direct heat they will have to be moved to the indirect area to finish the cooking without burning the outside.

The cooking grates were given a light application of Weber Spray Oil to help the burgers release easily. They were started off over the direct heat and if the outside had charred quickly they would have been moved to the indirect area to reach 75C; this was checked using the Weber Digital Temperature Probe. All the 3 sets of burgers cooked in the same time, with the electric and charcoal taking on the lovely smoke ring around the outside.

Once cooked the burgers were assembled with the leaves on the bottom of the bun followed by the tomato then the burger and finally topped off with the cheese. Three burgers had tomato sauce and the other 3 the sciracha, then the tasting began. They were sampled by both Richard and Ian and the camera crew. The burgers off the Pulse 2000 weren’t expected to taste as good as the traditional charcoal but they did; a big surprise to everyone. The Pulse and the MasterTouch tasted almost identical, with the MasterTouch having a slightly more smokey taste but the gas Spirit II E-310 lacked the strong smokey element, but they still tasted great. The fat out of the burger dripped onto the electric elements to give off that traditional BBQ smokiness; however if you cooked them on a griddle you wouldn’t get this smokey flavour. All in all if you live where live fire is prohibited the Pulse 2000 is certainly not the poor relation alternative.