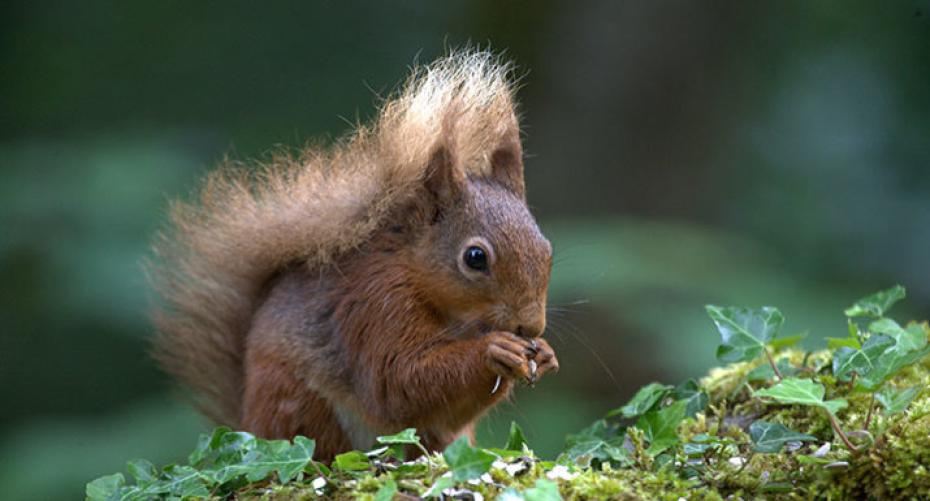 Bring some 'red' into your garden

Encourage these charismatic little mammals into your garden

Image above courtesy of P Skillen

Who doesn’t love red squirrels? They’re our only native squirrel, still seen across Cumbria, Northumberland and Scotland, yet increasingly rare in many parts of Britain. But did you know that even Cumbria’s reds are under serious pressure from their grey American cousins that were imported to the UK in the 19th Century? The greys are bigger, more aggressive and better adapted to eating a wide range of food in the wild and in your garden. Greys also carry squirrel pox virus, to which they’re immune, but usually lethal to reds within a matter of days.

Image above of a red squirrel with squirrel pox; courtesy of Sarah McNeil

If you’re seeing a squirrel in your garden, there’s a good chance it will be a grey. And, if you enjoy their antics and agility, you might be reluctant to do anything that deters them. But ponder this: greys also raid birds’ nests for eggs and fledglings; and if they’re stuffing their faces on your bird feeders you’re improving their breeding condition, putting further pressure on traditional red squirrel territory. Given the choice, wouldn’t you prefer to help our songbirds and protect our iconic red squirrels?

Fortunately, help is at hand. Hayes and other Garden Centres sell a range of squirrel proof feeders. They’re not expensive and are an effective and humane way to deter those greys without discouraging your birds. And there’s plenty of evidence across Cumbria and elsewhere to show that red squirrels will return once the grey threat is diminished.

Image above of a grey squirrel courtesy of Sarah McNeil

Charities and organisations operate across Cumbria and much of the country, dedicated to protecting our red squirrels from extinction. They offer detailed advice on grey squirrel control and ways to nurture those reds to restore and sustain local populations. Here in south Cumbria, Westmorland Red Squirrels is one such charity and is happy to help. For more information go to www.westmorlandredsquirrels.org.uk or contact the Secretary at [email protected] or on 01524 701316.