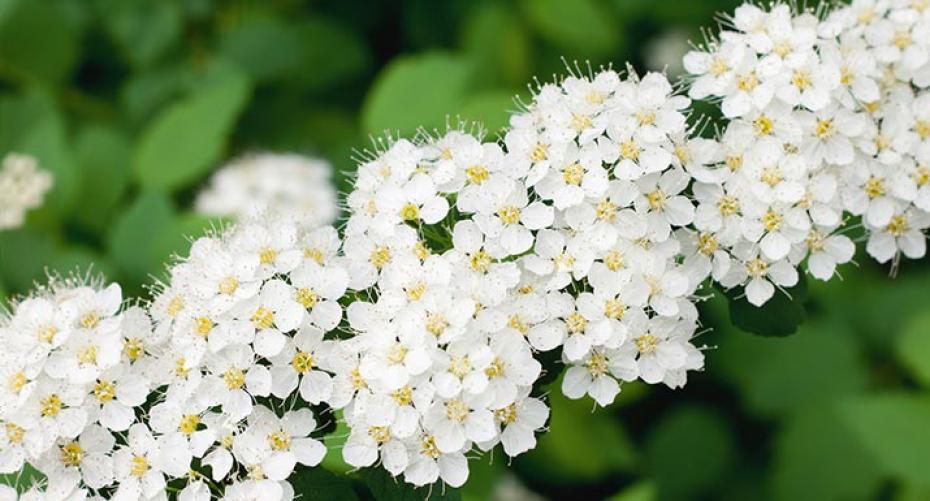 Plant some easy care shrubs to brighten your garden this spring

There is a huge temptation to plant a fragrant shrub at this time of year & if you have a spot near the door it is well worth the cost. I make forays into the garden on a nice day to make the most of my Witch Hazel because on a still day the fragrance hangs in the air & fills the garden with its sweet scent. When it is flowering en masse the display is quite striking, however, as with many fragrant winter shrubs, the flowers are quite small. These early flowering plants need their scent to attract what little insect life is about during the cold winter weather. This means that there is no real incentive to produce big blowsy flowers which will be spoilt by frosts but as the spring approaches there is a switch to larger flowers & bigger displays.

My blog on The Fragrant Winter Garden gives some suggestions for a fragrant winter display but if you are new to gardening & want some colour in your garden this spring then, why not go for some tried & tested, easy to grow shrubs? Most of these will be in the garden centre already & can be planted, as long as the ground isn’t frozen, or can be grouped together in pots to provide a seasonal display for the patio or balcony. They will give you height in your garden, can be pruned back if they get too large & can be under planted with spring bulbs, bedding or ground cover plants to keep the weeds at bay. Squeeze one or two into the garden to provide colour early on then revisit the garden centre in late spring or early summer to see what is flowering then. You should be able to get colour into your outdoor space all summer & well into winter if you choose carefully.

When you get your chosen shrub home make sure you water it before planting; dig a hole 2 to 3 times as wide as the pot & to the same depth. Loosen the soil in the base of the hole to allow for drainage than add a good handful of organic fertiliser. If the soil is heavy or sandy, mix with some compost to improve the texture. Remove the shrub from its pot & place it in the hole then backfill with the soil mix firming in with your foot as you go. Ensure the shrub is watered regularly until it is established, especially in dry weather.

This shrub graces a large number of gardens with its bright yellow tubular flowers which smother the branches in early spring giving it the name Golden Bells. It is easy to grow, preferring a sunny or part shaded site in moist but well drained soil. Its flowers can also be enjoyed inside as it makes an easy cut flower for spring displays. The leaves appear after the flowers when it reverts to a pretty uninteresting green shrub. Try growing a summer flowering clematis up through its branches which will provide great support & give it a new lease of life later in the year.

It is best pruned annually to promote flowering as older plants produce fewer flowers. Prune immediately after flowering as the plant produces buds on new growth, cut back the branches that have flowered to a strong shoot lower down. To keep the plant rejuvenated it is also recommended that you cut out up to 1/5th of the older branches each year at their base.

Forsythia × intermedia 'Lynwood Variety' (‘Lynwood Gold’) has an RHS Award of Garden Merit (AGM) which is a good recommendation; its bright yellow flowers are relatively large & it can ultimately grow to about 2.5m if left un-pruned. Other AGM varieties include Forsythia × intermedia Week End 'Courtalyn' (F. ‘Weekend’) & the smaller Forsythia MARÉE D'OR 'Courtasol' (F. ‘Marée d'Or‘) which only grows to about 1m & has pale yellow flowers. We are stocking F. Lynwood & F.Weekend this spring plus Forsythia ‘Goldrausch’ (F. ‘Goldrush’). The latter is a newer variety whose large golden blooms appear slightly later than other varieties & will also flower on one year old wood. This forsythia requires a slightly different pruning regime & is best left to establish itself for about 3 years with minimal pruning. The shrub can then be thinned out in the centre of the bush with a few older stems pruned out from the base.

The flowering currant is also a very popular garden shrub which is easy to grow, can be pruned to size & produces masses of spring colour. This species is part of the currant family & is related to black, red & white currants & gooseberries. It does produce fruit after flowering but it is not tasty like its relatives offerings & is mainly grown for its flowers. The flowers are usually red or occasionally white and form in drooping clusters amongst its attractively lobed leaves.

This shrub prefers a sunny position in moderately fertile soil that can be moist but is well drained, so it makes the perfect springtime companion to Forsythia. It has much the same habit too & also needs pruning immediately after flowering using the same technique, although at the expense of any berries. It would also be a good support for a summer flowering clematis but as with Forsythia, it is best to choose a more delicate variety that will not swamp the shrub & block out all the light such as Clematis viticella 'Étoile Violette’ which should be cut down to about 12” in late winter.

Amongst the species we are stocking this year are Ribes Ribes sanguineum 'Koja', Ribes sanguineum 'King Edward VII' & Ribes sanguineum ‘Elkingtons White’. All these varieties are very tolerant of their growing conditions & will reach 1.5 – 2.5 m if left un-pruned. R. ‘Kojo’ has crimson flowers whilst R. 'King Edward VII' has flowers that are a deeper red. R. ‘Elkingtons White’ was developed from a chance seedling & has strong upright stems that produce large clusters of green tinged flowers that gradually open & turn to a creamy white from the top of the cluster. Under plant these shrubs with bulbs of deep blue muscari or miniature narcissus for a stunning combination.

This group of shrubs are mainly summer flowering but Spiraea × cinerea 'Grefsheim' will bring some spring interest to your garden & would look especially good as a companion to dark evergreens or conifers. Its arching stems are smothered in clusters of white daisy-like flowers with yellow centres & this, combined with reliability & tolerance, is why is has an AGM from the RHS. It is happy in soil that can be moist but is well drained, in sun or part shade & grows into a compact shrub of about 1.5m height & spread. It can be pruned immediately after flowering & like both the Forsythia & Ribes, can be rejuvenated by hard pruning if the shrub gets old & congested.

Kerria japonica 'Pleniflora' or the Japanese Rose is a springtime delight of golden yellow pom-pom type flowers on tall stems with bright green serrated leaves (shown here with a white Azalea). It is a suckering shrub which can easily spread from growth at its base so be aware that you may need to control its spread over time. Its green stems can reach heights of 2.5 to even 4m so it would suit the back of a border or could even be used as a screen to separate areas of the garden. This vigorous shrub enjoys a sunny or part shaded location in a moist, well-drained soil & is pruned in a similar way to Forsythia with flowered stems being cut down to a strong side-shoot but in this case 1/3rd of the stems can be cut down to the ground.

This is by no means an exhaustive list of non-fragrant shrubs that flower in spring & our blogs on the Spring Stunner Magnolia & Ruffled Velvet Camellia’s will give you some information if you fancy growing something a little more blowsy. If you can find some space in your garden or patio to celebrate spring, now is the time to come into the garden centre & see what we have to offer. Our gardening experts will give you all the advice you need on caring for your new plant & can suggest companions to go with it too – so get planting this spring & brighten up your outdoor space!