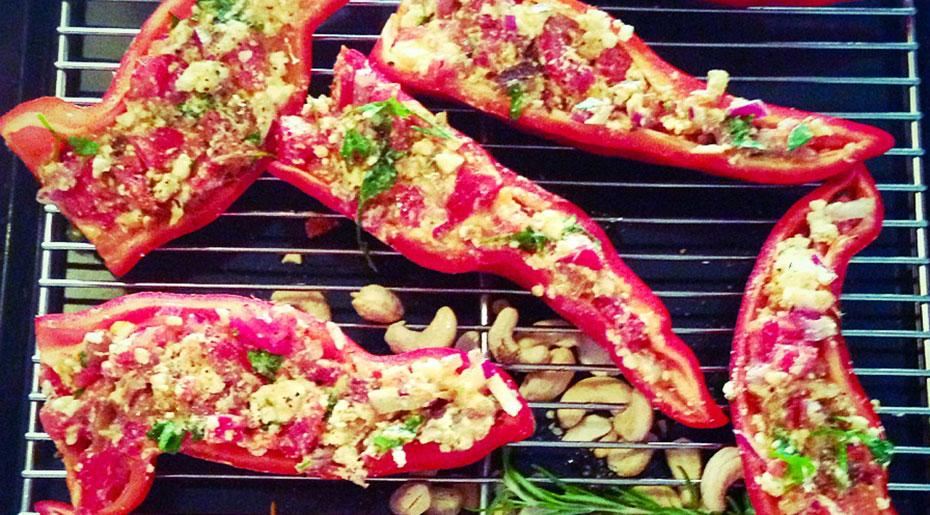 To support the launch of our VVQ campaign, we have reached out to brands and chefs from all over the UK to share their favourite vegan/veggie recipes with us. Today’s recipe is for tasty stuffed red peppers, from ChicP.

ChicP hummus is made primarily from raw vegetables, one of the healthiest food options available. All the hummus is high in protein and free from gluten, dairy and added sugar. ChicP was also founded on a passionate commitment to reducing waste. They act on this by supporting British farmers by using fruit and vegetables that are not seen ‘fit’ for supermarket use.

This is a very easy and quick recipe, great as an accompaniment to other BBQ dishes, as a starter or with a big green salad!

Don’t forget to share your vegetarian or vegan BBQ recipes on our Facebook page for the chance to win one of five BBQ prizes.