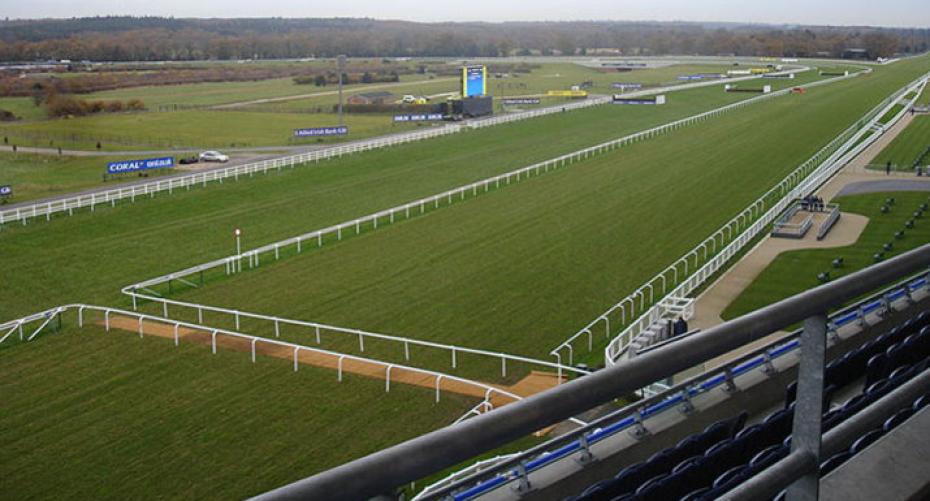 Ascot, the epitome of British horse racing and cutting-edge fashion

Ascot, the prestigious home of British horse racing recently took delivery of a shipment of Barlow Tyrie garden furniture from Hayes Garden World for the Royal Balcony and the Duke’s Terrace. The furniture was Monaco armchairs and Avon tables, all sturdily constructed from hard wearing sustainably sourced teak. The armchairs are a comfortable classic design and the round tables give ample room for relaxing dining or drinks.

Ascot racecourse, situated in Berkshire next to Windsor Great Park, is within easy commuting distance from London and as such the Royal Meeting attracts about 300,000 race goers over the 5 days of the meeting. Around a quarter of a million race-goers attend the races over the whole year.The 2016 Royal Meeting runs from Tuesday 16th June to Saturday 18th, with the busiest day being Thursday which is ‘Gold Cup’ and also Ladies Day. This is the day when racing comes a close second to the fashion stakes when all the ladies vie to show off the latest in clothing and millinery design. The Royal Enclosure has its own dress code with the ladies required to wear a day dress, of appropriate length, and hat and not being allowed to bear the shoulders or midriff. The gentlemen must be suitably dressed in grey or black morning dress with top hat.

The Royal Meeting starts off each day with the Queen and various royals arriving in horse drawn carriages and processing down the course. The Queen, an avid race fan and racehorse owner, has attended the Royal Meeting every year of her reign. If you want to keep an eye out for the Queen’s horses her race colours are a purple body with gold braid, scarlet sleeves and a black velvet cap with gold fringe.

There are a variety of catering options available, from a Michelin starred Fine-dining experience, priced from £259, to bringing your own picnic and enjoying the ambience of dining alfresco. In the restaurants and bars over the duration of the Royal Meeting 51,000 bottles of champagne will be consumed. Also devoured will be: 7,000 Cornish or Folkstone crabs, 3,700 rumps of English lamb, 35,000 spears of English asparagus, 1,000 kgs of Cornish cream, 2,900 lobsters, 5,000 kgs salmon, 2,400 kgs beef sirloin and 42,000 bottles of wine.

This is the course where legends are created; the recent four consecutive 'Gold Cup' wins by Yeats, ridden by Johnny Murtagh and trained by Aiden O’Brian will take some beating. The Royal Meeting, it is thought, has evolved to its present format from the first four day meeting in 1768. There are two tracks to accommodate both the flat and hurdle seasons. The complex also caters for various events which this year includes a production of Shakespeare’s Midsummer Nights’ Dream, on 2nd and 3rd July, and the Red Bull Air Race, on 13th and 14th August. It awards the most prize money of any racecourse in Britain; over £10 million in 2013. The centre of the track is also home to the Royal Ascot Cricket Club.

The racecourse was created at the behest of Queen Anne in 1711, with the first race being run on Saturday 11th August of that same year. It was ‘Her Majesty’s Plate’ with prize money of 100 guineas; a race of three 4 mile heats for hunters carrying 12 stone; not the graceful, fine-bred race horses we know today. The racecourse itself was designed by William Lowen who was assisted by a racing administrator, a painter and a carpenter. The 1813 Act of Enclosure was passed by parliament to ensure the continued future of the racecourse for the public enjoyment. The course has recently undergone a huge modernisation programme to upgrade dated stands and facilities. It has also starred in several films; the most memorable being My Fair Lady with Audrey Hepburn and the Bond films A View to a Kill and Skyfall.

So if you’re bound for Royal Ascot have a wonderful time and enjoy using the furniture supplied by Hayes Garden World.